Jamie Stevens’s ‘The Wonder of You’ EP was one of the most eagerly awaited releases of 2013, and it didn’t disappoint when microCastle finally let it loose that November. His new EP for the label is structured in a similar way to the previous one, with three new tracks and a remix of the lead track, this time by none other than Guy J.

‘My Tears Don’t Help Me’ is a really unique record from start to finish, with its initial low-key techy percussion and sparse, swaying bass part giving few clues about what’s to come. Spacious pads drift into the mix, before punchy breakbeats and a fuller bassline that seriously makes its presence felt arrive simultaneously. As the kickdrum picks back up, the beautiful central melody arrives, softly at first before being picked up by a woody xylophone-like sound, and its accompanied by the soulful and evocative vocal sample and shrouded in those airy pads from earlier in the track. This is a totally distinctive composition from Jamie Stevens – I haven’t heard anything else that sounds quite like it (and the closest reference-point I can think of is his own ‘Dandelion’ from his previous EP, and even that’s something of a stretch). This is Jamie Stevens once again at his melodic and creative best.

Guy J’s remix is, well, just a masterpiece frankly. A thundering, hypnotic bassline and innovative percussion loops supply the track’s drive, while Jamie Stevens’ melodies are morphed into an otherwordly trippy haze. The combination is just killer, and the vocal sample from the original is used brilliantly to further enhance the mood. The breakdown lets intricate plucked melodies creep to the fore, leading to an exhilarating build up before the bassline powers back in. An unexpected key change really sees the track soar, and Guy is clearly aware of how forceful this is – but his instincts here are just right, and he very wisely only indulges a couple of times, rather than doing the obvious thing and cluttering the track with ‘big’ moments. Guy J’s remix isn’t quite as distinctive as Jamie Stevens’s original, but overall I preferred it for its amazing balance of atmosphere and power – simply superb.

‘Scintilla’ is built around a groove that reminded me of Robert Babicz’s ‘Remote Kiss’, with its booming, pulsing bassline, bleepy top-end, and periodic raw bass growls. But where Babicz’s track had a melodic core, Jamie Stevens offers something utterly uncompromising, adding in cool vocal samples, robotic effects, and some detailed and impressive hi-hat work, while some pulsing motifs add to the tension in the last few minutes of the track. It’s wicked, though given my musical-sweet-tooth it didn’t appeal to me as much as the other tracks on the EP.

The final track ‘Healing Crimson’, sees Jamie Stevens back in the kind of electronica/progressive crossover mode that we found him in with ‘Lullaby’ on the last EP, as he drops the tempo down to 110bpm and gets weird and wonderful. It’s easy to think of references; the opening minute feels like the breakdown of microCastle-favourites Charlie May and Barry Jamieson’s ‘Homecoming’, but played in slow motion and with slippery tuning, while the busy, cascading synth melodies that appear in the second half could almost be a sly nod to Moderat’s epically good ‘A New Error’, and the whole thing’s infused (no pun intended) with the feel of some of the best bits of Vangelis’s Bladerunner soundtrack. But while I think it can be helpful to draw comparisons, it would be a travesty to give the impression that the track’s nothing more that a hodge-podge of familiar elements; it’s an original and moving piece of music full of gorgeous chimes, celestial pads, and lovely rich bass tones.

I’ll just say one thing to sum up; together Jamie Stevens, Guy J, and microCastle have produced a worthy follow-up to ‘The Wonder of You’ EP. That’s all I need to say. 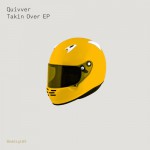 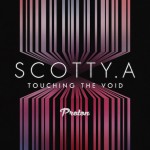