John Digweed & Nick Muir have made one or two appearances on Bedrock before, and they return with ‘Track For Life’, backed by excellent remixes from Argy and Yousef.

Digweed & Muir have already produced one of the year’s best records, with their anthemic remix of ‘All We Need’ back in February. ‘Track For Life’ sees the Bedrock duo exploring a curious but compelling kind of slo-mo hypno-house, with shuffling percussion and a relentless, pulsing bassline topped off with a bleepy, shape-shifting hook. The brief breakdown throws metallic synths into the mix, while the climax of the track moves some aggressive stabs into play.

Argy had his own excellent EP on Bedrock recently, and he turns in a slamming remix of ‘Track For Life’, with elements of the original looped over heavy-duty percussion and a churning bassline, and his own simple hook spiraling around on top. Well weapon!

My pick of the bunch though comes from Yousef, who makes his debut on Bedrock here. Yousef’s got this fantastic, groovy, modern twist on a string-led classic techno sound (think of his epically good ‘Come Home’ from back in 2009), and his remix of ‘Track For Life’ is another great example of this. Digweed & Muir’s hypnotic sound emerges over bouncy kick-drums and a wicked low-slung bassline, and their other hooks add a real touch of drama as the track builds. But it’s just after the three-minute mark that the remix’s sweeter side suddenly emerges, and glorious string-like melodies rise up during each of the track’s breakdowns, really lifting the remix to the next level. This is pretty much a model remix, redeploying elements from the original to fantastic effect, while taking the track somewhere new and, in this case, even better.

The Bedrock label is still something of a benchmark of quality, and unsurprisingly Digweed and Muir don’t let the side down here. That said, for my money it’s the remixes – particular Yousef’s – that steal the show. 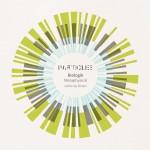 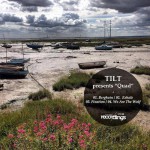