Khen makes his triumphant debut on Lost & Found with ‘Secret Shining’, accompanied by a remix from none other than Jamie Stevens.

In addition to some great remixes, Khen’s original productions have been getting better and better of late, with last year’s ‘Sweet Break Up’ EP still firmly lodged in many record boxes and hearts, and this year’s ‘Arnica Montana’ on Parquet seeing the Israeli hitting new heights again. ‘Secret Shining’ is another career-high for Khen. It doesn’t stray too far from a classic melodic progressive house sound, but it boasts a chunky bassline carrying some wonderful key changes, and one of the most beguiling, emotionally-shattering melodies of 2015, and the combined effect is just devastating. The track reminded me a bit of Jamie Stevens’s ‘The Wonder of You’ in terms of mood and sound, which is not a comparison I make lightly. This is pure ear candy from start to finish – I can’t get enough of it.

Given what I’ve just said – that Khen’s original reminds me of Jamie Stevens’s track – I was particularly interested to hear how Stevens himself would approach his remix of the track. The result is simply stunning – Stevens tagged it as #techprogepicness when he posted a clip to soundcloud, and that’s pretty spot on. A pulsing bass and intricate, chattering hi-hats kick us off, with distorted cellos and a twisted, futuristic bassline setting the scene for a slightly more percussive take on Khen’s central melody to creep in on top to breathtaking effect. Just before the 4 and a half minute mark, the track suddenly empties, allowing the melody and the cellos to really come to the fore – bliss. This is a exhilarating interpretation of Khen’s track – it’s very hard to imagine anyone doing a better job here.

Lost & Found have quite easy one of the strongest releases of the year on their hands here, with both Khen’s gorgeous original and Jamie Stevens’s superlative remix set to delight all who hear them. 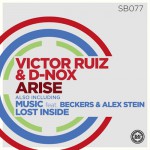 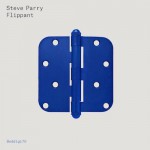