King Unique first released ‘Yohkoh’ back in November of 2007 on his now defunct Curfew label, which hosted a cluster of his most enduring records (including ‘Sugarhigh’, ‘Dirty’, and my personal favourite, ‘Hinode’). In the meantime, Rodrigo Mateo made a cheeky bootleg version of the track, and got it into the hands of Hernan Cattaneo. Someone had the great idea of giving Mateo’s remix a proper release, and getting King Unique himself to give the track his own retrospective take on the track. The result is this incredible release on Cattaneo’s Sudbeat label.

The star of the show is King Unique’s own ‘7 Years On’ remix. King Unique has been absolutely at the top of his game recently, as recent remixes on Flow Vinyl and microCastle have shown, and his new take on ‘Yohkoh’ is utterly stunning. The percussion has been given a bit more bite and bounce, and the track quickly establishes a gorgeous warm vibe, additional texture added by superbly programmed vocal clips. Wisely, King Unique keeps the heart of the original track intact, and the soaring, blue-skies melody, soon makes an appearance, backed by weighty bass tones. A new, delicate melody appears during the breakdown, setting up the introduction of the other core idea from the original, the driving, hypnotic hook. The ascent out of the breakdown is a total rush, climaxing with a single organ stab that heralds the drop. From here, the track climbs again, picking up steam before introducing the main melody again to heartmeltingly devastating effect. The final minutes play with the original’s twisted, driving bassline, allowing the melody one final flourish before the remix winds down. Clocking in at over 10 minutes, it feels too short. You’ll have to hide how much you’re enjoying this record when you’re out in public and it’s in your headphones. They’re not ready for this yet. But you are, trust me.

Rodrigo Mateo’s version is underpinned by a slick rolling bassline and tight percussion. A drumroll two minutes in see the remix takes off with crisp hi-hats and lovely sweeps, followed a minute later by the original’s main melody and hook, as well as some of its distinctive bass squelches, all of which sound fantastic over Mateo’s bassline. There’s a great flow to this version, and the breakdown is dreamy and spacey, letting the main ideas float back in one by one before the track reengages beautifully. This is fantastic stuff from Mateo, and it utilizes the best ideas from the original really well.

Still, as I’ve said, the standout here is King Unique’s version. That’s not because Rodrigo Mateo puts a foot wrong, or in any sense fails to turn in an interesting, exciting, moving, kick-ass take on the track; it’s rather because somehow King Unique’s managed to surpass that. This is a superb release, and it should serve to further raise expectations for King Unique’s new four-track EP forthcoming on microCastle – his first original productions to emerge in a very long time. You need this record in your life – get on it! 9.5/10 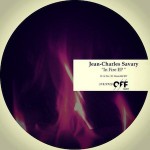 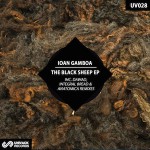