Lowbit’s manager Sonic Union is perhaps best known for his work with his usual studio partner Bastards of Funk, but for the label’s latest release, he’s teamed up with another regular contributor to Lowbit, Kobana. Here the Kobana and Sonic Union turn in a double A-side, with ‘Maelstrom’ providing a tasteful throwback to a classic trance-progressive sound, and ‘Unity’ offering a housier, piano-led counterpart.

‘Maelstrom’ builds a superbly compelling and hypnotic soundscape that creeps in and out of the track beneath pounding toms. The lengthy central breakdown is where the trance elements are strongest, with tripped out synths and female vocals recalling Sasha and Digweed during the peak of their Northern Exposure period. When the track slams back in after the breakdown, its melodies are allowed to simply wash over the motoring bass and percussion, to fantastic effect. Kobana and Sonic Union very wisely resist the urge to go too crazy here – there are no big chord changes or anything like that, they simply turn up the heat. My one complaint? There’s a really simple but really haunting melody that appears in the track at various points, carrying it forward during the build-up to the first, shorter breakdown, and hovering in the background during the main breakdown and the mayhem that follows. I’m all for subtly, but this is perhaps just a little too understated. It’s a gorgeous part, and I think Kobana and Sonic Union could have allowed themselves to let it feature a bit more prominently in the track – as it stands, it’s something of a tease. But that’s clearly a very minor point; overall, I love this.

‘Unity’ starts out pretty minimal, with a bubbling synth generating a techy, housey vibe. Things start to really pick up at the two-minute mark, when a short break introduces the centrepiece of the track, a delicately shimmering piano motif, and a snare roll brings in the punchy bassline. Almost immediately the track heads toward the main breakdown. There the piano reestablishes itself over a wonkier counter-melody before the snare roll signals that it’s time to get our heads down once more for the finale. This is a beautifully constructed and genuinely lovely record, which is going to play really well with both fans of Lowbit usual progressive output as well as those who tend more towards the deep house end of the musical spectrum.

When I first heard these tracks, ‘Maelstrom’ was the one that stood out. Having lived with them for a while now, I’m not sure any more; ‘Unity’ has really worked its way under my skin. Both are heartfelt and emotional records that deserve to have a big impact over the coming months. As far as I can tell, this is the first time Kobana and Sonic Union have collaborated together (though Kobana remixed Bastards of Funk and Sonic Union for Lowbit a couple of years ago), and hopefully this will prove to be just the beginning of their studio relationship. This is one of Lowbit’s best releases this year so far. 8.5/10 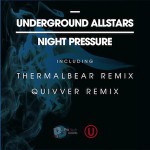 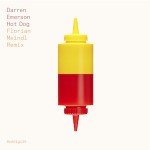