I associate Arbroath and the surrounding area with smoked fish, Bill Bailey’s scariest ever heckler, and the long train ride from the Central Belt of Scotland up to Aberdeen. Up until now I haven’t really associated the region with quality house and techno, but I’m quickly having to revise that. Arbroath-man Brent Lawson’s Pro-B-Tech has only been on the scene for a little over a year now. But it’s already made quite an impression, with the likes of Dave Seaman, Hernan Cattaneo & Soundexile, NameSpace, Stelios Vassiloudis, and dubspeeka all making appearances. And that’s not to mention Tilt and their ‘supergroup’, The Underground Allstars, who turn in the label’s 18th release, ‘Night Pressure’. This time around the Underground Allstars are Tilt (currently Mick Park, Nick Britton and Alex Brown), Luke Brancaccio, and NameSpace, who turned in a stunning remix of the Underground Allstars’s first single, ‘She Rises in the East. Remixes come courtesy of Quivver and Thermalbear. Notably, all of the producers involved have given up their time to work on the release for free, so that it can be used to raise awareness and money to help buy a special chair for a 16-month-old boy with cerebral palsy, James. You can read more about James and the Underground Allstar’s efforts to help him, as well as find out how you can donate towards his chair, by following this link.

The Underground Allstars’s 303 Night Terror Mix features a really driving one-note synth line, very reminiscent of Luis Junior’s remix of D-Formation’s ‘Remove’ from March of this year. But whereas ‘Remove’ was absolutely stripped to the bone, ‘Night Pressure’ has really rich, pulsing, and constantly evolving bass work. Together these two elements combine to give a blistering sound, with the other elements delivering the ‘terror’: forked-lightening flashes of acid; a booming, distorted, paranoia-inducing ‘Make myself comfortable’ sample; and spooky, unnerving melodies. Simply put, this is just an awesome, awesome track.

The Underground Allstars also provide two variant versions, though to be honest it isn’t clear to me that these add all that much to the package. The dub mix is a bit more minimal and simplifies the bassline, though it does boast some really nice and atmospheric breaksdowns, while the Astral Projection mix just seems to strip out the 303.

The two remixes certainly add something, though. In Quivver’s hands, the track becomes a techy monster, the vocal sample and tweaked snippets of the original’s acid lines barely treading water in the stormy seas of Quivver’s groove. This is a hugely powerful remix of the Underground Allstars’s original, and it’s destined to do a tremendous amount of damage for months to come.

Thermalbear’s remix showcases the deep-house side of his recent output, with skipping, chattering hi-hats, heavy kicks, dubby stabs, a sparse, growling bass, and lovely organ parts. Two minutes in, the remix takes on a more disco-inspired sound, with the stabs really propelling things forward and strings flourishes adding a classic-techno tinge to proceedings. This is a superb reworking, radiating class and quality.

A fantastic original, two very different but equally great remixes from two of the scene’s heavy-hitters, and an opportunity to help a young boy in need just by adding these to your collection; if that doesn’t have you reaching for your wallet, I really don’t know what will do the trick. Everyone at Pro-B-Tech and all the artists involved should be very proud of this fine release, and what it might help to accomplish. 8.5/10 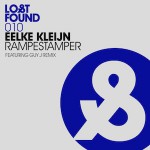 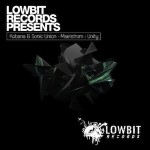