Plattenbank’s latest sees Spanish duo Lopezhouse team up with vocalist Angela for ‘Crosses and Angels’, backed by a terrific remix from the one and only Guy J.

‘Crosses and Angels’ lets the bass stomp out a chord sequence in time with the kick drum, before retro pads carry the main theme and lift us into the breakdown. There, the main melody lines reemerge under chattering hi-hats and busy ripples, setting the scene for Angela’s vocals, before firming up into a stuttering, shimmering hook. The rest of the track lets these elements play off each other, while the bassline injects some funk into proceedings. It’s hard not hear traces of the instrumental parts of The Beloved’s ‘Sweet Harmony’ here, but actually the thing this really reminded me of is Deadmau5’s remix of Gianluca Motta’s ‘Not Alone’ from a few years ago. Deadmau5 is a controversial figure, so I want to be clear that I’m not saying this to throw any shade – what I liked about that remix was its bold, bittersweet hook and vocals, precisely the combination that makes Lopezhouse’s track appeal to me too.

Guy J’s take on ‘Crosses and Angels’ is really different to Lopezhouse’s original, stripped back the vocals to a bare minimum, and building an airy, dancefloor-oriented groove driven by crisp percussion, bleepy motifs, and heavy bass tones. But what really sets the remix apart is the wonderfully trippy and dubby take on Lopezhouse hook, and the twisted, almost distorted countermelodies Guy J sets alongside them. The effect is nothing short of electrifying – this is one of Guy J’s best and most creative remixes in a while.

This release is justifiably destined to create a bit of a stir, with Guy J’s terrific and distinctive version of Lopezhouse’s track the one that’s really ticking boxes for me here. 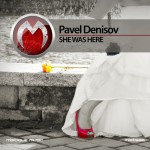 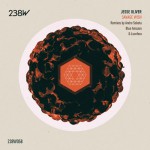