Mattia Saviolo has caught our attention with a stunning release on UMEK’s label 1605.

The young Italian producer makes his debut on the label following previous releases on Pleasurekraft’s Kraftek and Christian Smith’s Tronic. Turning heads with his blend of techno style tough percussion and epic chord structures, he has a style that has a strong progressive element.

This merger of techno and progressive is not a new style never heard before, but it’s also something that’s hard to pull off, as many lose either the drive of the techno or the uplifting emotion of the synth parts, but Mattia Saviolo has found the perfect balance between the two.

A large part of his skills is knowing how to build suspense and tease something without making his tracks feel either drawn out or rushed. His perfectly timed structures show an innate sense of timing that gives his music a mature sound that is rich and crisp in its aesthetic.

Its high-tempo certainly has both tracks undeniably placed within the techno genre, but the building emotion and euphoric breakdowns also makes them well suited to peak time moments in a melodic house set.

The opening track “Lifelink” focuses more on the melody synths to build cosmic atmosphere over the heavy percussion foundation, and the second track “Dispel” is focused more on the bass frequencies with more rigid synth elements give more definition to the rhythms.

Overall it’s a fantastic release and it’s impossible to pick a favourite between the two tracks as they are equally fantastic for different reasons.

Part 2 of the release is out on Friday the 3rd of July, but you can buy a copy of Part 1 from HERE 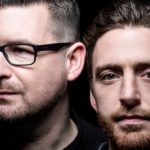 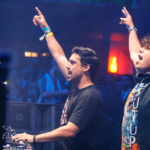