Marc Poppcke’s excellent and rather unique Crossfrontier Audio imprint is coming up fast on 2 years and 20 releases. But we’re not quite there yet, and for #19 the label offers up two deep-house cuts from Hannover/Bristol-based duo Maximono, accompanied by superb remixes from Soul Button and Deepnite.

The title track ‘Sweet Lies’ kicks off with a sweet intro, featuring little twists of melody and a drifting vocal soaked in atmospheric organ sounds. As the track comes to life, the organ picks up and we’re introduced to the simple but very effective bassline and swinging percussion which form the backbone of ‘Sweet Lies’. Moodier, growling bass tones are soon added to great effect, before Maximono hit us with the distinctive ‘Walking back’ refrain that runs through the rest of the track. I suspect that the vocal will prove a bit marmite-y, polarising listeners, and for my own part I’m really not keen on it. It also seems much too lyrically and melodically thin to offer a real centrepiece for the track, and unfortunately that’s just what Maximono try to make it, with the result that the second half feels a little bereft of strong ideas to carry it over the finishing line. So while I really liked the production here, and the track had tons of potential, ultimately it didn’t really work for me.

Taking on the remix here is Steyoyoke’s mysterious Soul Button. Soul Button’s version of ‘Sweet Lies’ sticks pretty close to the original in its arrangement and core ideas, but from the opening bars there’s clearly a greater urgency to proceedings; the bassline gets beefed up into something altogether fatter, and the whole track feels snappier and punchier. The breakdown introduces some warm and rich organ lines, which make a very welcome reappearance later in the second half, giving the remix the kind of finale that I felt the original missed. Of course that vocal is still there, but you can’t have everything, and there’s no denying that this is quality work from Soul Button.

Betraying their roots in Hannover, the second original from Maximono is ‘Welfengarten’. A moody intro leads into a supple analogue bass unpinning twisted piano lines and a soulful vocal refrain. The beautiful breakdown highlights the vocal to superb effect, while great little dubby lines creep in as the beat reestablishes itself. My only complaint here is that as with the title track, I think Maximono have been too reluctant to introduce new ideas into the second half to keep things progressing a bit more. But that really is a minor gripe with what impresses overall as a strong, distinctive track.

The show is stolen, however, by Deepnite’s remix of ‘Welfengarten’. They must be something in Ukrainian water, since so much of the most exciting music at the moment seems to be coming from there. The remix starts with a simple kick drum and some stabs echoing the original, but Deepnite soon lifts it off the ground with sweeping chords that provide one of the main musical themes throughout. This is an absolute treat of a record; a sliver of rolling, slo-mo trance that manages to work in the ideas from Maximono’s original to stunning effect. It’s surely going to have big crossover appeal too, sounding great in any progressive or deep house set. Outstanding work – I definitely hope to hear much more from Deepnite in the future.

It’s clear from Crossfrontier Audio’s press releases that they pride themselves on selecting the right remixers for their tracks, and this EP is further proof that they’re quite justified in this – both Soul Button and Deepnite produce the goods here, really making the most out of Maximono’s ideas. And while I’m not so keen on ‘Sweet Lies’, ‘Welfengarten’ really hits the spot, making this an EP you won’t want to miss. 7.5/10 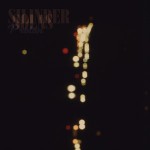 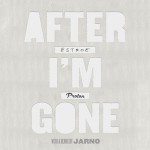