Proton’s latest release sees Irish producer Silinder follow up a string of great remixes for the label, as well as last year’s superb ‘Corrupt’ EP. With his new ‘Solas’ EP, Silinder serves up two beautiful offerings of progressive house, ‘A World is Watching’ and ‘A Doomed Endeavor’, plus a downtempo version of the latter. It’s easily some of his strongest work to date, and a worthy addition to Proton’s increasingly impressive catalogue.

‘A World is Watching’ sounds destined to kick off a number of sets over the next while, with its atmospheric intro quickly settling into a driving groove. Glistening synths are set against a warm, rolling bassline, while little vocal snippets add an oddly tribal feel to proceedings. It’s not entirely obvious that this should work, but it Silinder’s hands it’s a brilliant final touch to what was already destined to be a really nice piece of work.

‘A Doomed Endeavour’ is anything but, with Silinder orchestrating chimes, a rumbling bassline, crisp percussion, and a serene female vocal into a slice of gorgeousness that could teach Charlie Sheen a thing or two about winning. After a spacious breakdown, the bassline starts to work its way through a series of chord changes that complement the other melodic elements of the track perfectly, creating a really special, memorable sequence. Meanwhile, Silinder’s own ‘Lorenzo’s Light’ version of ‘A Doomed Endeavour’ drops the tempo down to 110bpm, while combining the main components of the track with layers of trippy synths and a gentle breakbeat into a perfect ‘all back to mine’ moment.

I keep going back and forth over which track to pick out as the standout. In the end I’m slightly inclined to favour ‘A Doomed Endeavour’. But probably the wisest thing to do is to just give up and reiterate that this is an outstanding EP from Proton and Silinder, and hopefully only the next step of the continuing partnership between them. 8.5/10 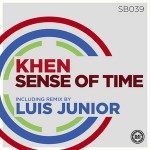 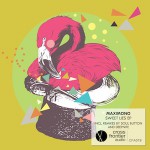