Proton revisit a highlight of their 2015 output, Mondkrater’s ‘Mercury’, offering us two excellent new interpretations from Huminal and Orsen.

Huminal work some of the original’s melodies into a deep and dreamy intro, giving the first minute and half of the track a lush, electronica feel, studded with breakbeats. It’s a bit of a rouse though, and the track then drops into rich melodic techno territory, with the key-shifts carried by the bassline working perfectly with Mondkrater’s hooks. The synths are increasingly euphoric as Huminal head for the breakdown, where the sweeter sounds spar with nasty bass growls, leading to a bleepy finale that manages to maintain the same balance of darkness and light.

My own pick here, though, is the proggier version from Orsen. He’s already given us two superb remixes on Particles, and his debut on Proton sees him working Mondkrater’s ideas into a fantastically driving, hazy, and hypnotic progressive outing. Crucially he manages to get the balance just right between keeping the melodic and dramatic touches of Mondkrater’s original more or less intact and shaping them to his own understated but hard-hitting sound.

I can’t imagine two better sets of remixers for Mondkrater’s track than Proton offer us here, and both do justice to the excellent original in their own way – Orsen’s version appeals to me personally a bit more, but both are well worth checking out and picking up. 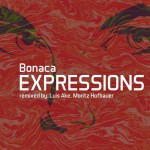 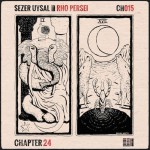