An atmospheric but DJ-friendly opening sets the tone of Moshic’s original, before Joe Elbaz’s soulful vocals give way to a pulsing bassline. Haunting, swirling synths, and Moshic’s characteristically mournful woodwind work lock down the mood of the track, before the vocal reappears alongside a gentle, hypnotic melody. A sparser sequence about halfway through pushes the vocals to the fore again, but Moshic soon lets the other musical elements of the track creep back in, building to a soothing but satisfying finale. All in all, this is pretty exquisite, and it’s going to appeal to both fans of deep and progressive house.

Guy J wisely takes Moshic’s track in a different direction, with a rolling techy backdrop providing the stage for some of the most ear-catching bass parts I’ve heard for a while, from the squelches early on in the track to the stunning rising bass hook that forms the centrepiece of the remix. Guy J is careful not to lose contact with Moshic’s original, though, playing with snippets of Elbaz’s vocals, drenching the entire track in airy, atmospheric pads, and throwing in some glassy chimes for good measure. The overall effect is similar to his outstanding remix of Barry Jamieson’s ‘Stars’ last year, which is no bad thing at all.

With ‘Feed My Soul’ Moshic and Lost & Found have given us a release that’s destined to be one of the early standouts of the year, I reckon. Guy J’s remix is terrific, but much as I like it, it’s Moshic’s original that’s been giving me goosebumps since I first heard it. Very warmly recommended! 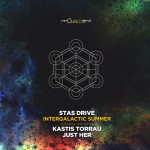 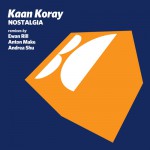