An illustrious act known for mood catching compositions, Godford did not disappoint with his new single ‘Saw You.’ This single marks the newest release off of Godford’s forthcoming debut LP Non Binary Place, which drops September 18th on Pack Records.

Taking advantage of the free time allotted by a seemingly endless lockdown, Godford created ‘Saw You’ in between sessions in France’s peaceful countryside and the blissful, cultural hub of Paris. The track brings high energy in its production and is a display of the unique and inventive style Godford has begun to cultivate for himself. Using melodic vocals and sonically stretching effects, Godford creates a highly engaging soundscape that doesn’t strictly reside in a single genre.

“This song perfectly reflects the middle ground between innocent/romantic and rave. Those two opposite feelings that I’m trying to deal with. This song reflects the vibe of my debut album, A Non Binary Place” -Godford

With an impressive 1 million streams across his discography, ‘Saw You’ will look to keep the momentum going and captivate his audience. Some previously released tracks from the album include ‘Blue’, ‘Downtown’, ‘Can’t Get Over You’, ‘Mine’, ‘Better Place’, and ‘Fear’. Like Godford, Pack Records is fresh in its beginning stages and is driven to release music that is culture shifting and inspired by human stories. Remaining anonymous, Godford’s concentration on his music makes his debut album one to keep tabs on. 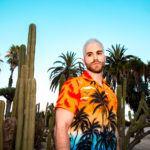 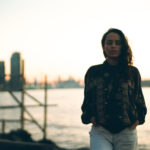