Namito returns to Sol Selectas with a follow up to his Beatport No.1.

Sol Selectas have been building their reputation for being a reliable source of conceptual tracks for those who like electronic music to connect with more than just the dance floor. Run by Sabo, Sol Selectas has an ethos of finding tracks that speak to the heart and tell stories.

Often the tracks on Sol Selectas take influence from cultural references linked to an artist’s local area, and Sabo is known for hunting out talented artists from around the world, which makes the label a melting pot of global culture.

Bringing together music that draws on local folk law is something quite unique in electronic music and part of what sets Sol Selectas apart from the crowd.

Most recently, Namito brought his Persian influenced sound to Sol Selectas with a track called “Wait Till The End” that draws upon the culture of his childhood, as although currently based in Berlin, he was born in Iran.

Namito had released a track on Sol Selectas called “Stone Flower” that became a best-seller for its downtempo / electronica genre, and this follow up has been highly anticipated.

Once again it features a rather stunning female vocal sung in the traditional Persian style, which has been fused with an electronic backing track with delicate synths and sequenced percussion.

The remix from Chaim also adds some nice contrast with an approach that is perfect for the dance floor, and the dub version of the original shows off the mastery of Namito’s backing track production.

Already available in stores you can pick up a copy HERE 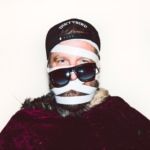 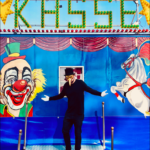