I first encountered Navar a bit over a year ago, when I discovered his terrific remix of Oshee’s ‘Sea Flight’. Since then, he’s really built a reputation for himself, with a series of distinctive and stunning remixes. He’s been fairly quiet in terms of his own productions, though with some important exceptions, including his ‘Fragma’ EP on Outside the Box, and of course ‘Le Paradigme’, released on Guy J’s Lost & Found back in August. Here Navar turns in the first in Lost & Found’s ‘Found’ series, which will consist of ‘mini-albums’ of five or so tracks, showcasing his distinctive brand of low-key but mesmerising progressive house and breaks.

‘The Liquid Escape’ makes for a fitting opening, with its brooding intro. The track itself is stripped-back and moody, hugging what remains of the boundary between progressive and deep house. Wavering, trippy synths provide the focal point, while drifting pads and a sparse, pulsing bassline flesh the track out. Guy J has used this as a set-opener, and it’s surely destined to play that role countless times over the coming months; it’s a superb mood-setter.

We got something of a taste of ‘Phases of Grief’ in the form of Guy J’s remix on his Balance album earlier this year, but I have to say I much prefer Navar’s original here. Despite the poignant title and backstory, it’s actually a rather uplifting record – it’s nine minutes of inspired, trancey progressive house, which sits a few bpm higher than Navar tends to work.  The centerpiece is a subtle but wonderfully hypnotic riff that hovers throughout the first half of the record, eventually rising out of layers of drifting pads during the long breakdown, and dominating after the surprisingly punchy and effective drop. This is easily the highlight here for me.

‘Long Lost Friend’ has been creating a bit of a stir since Navar played it during his guest mix on Above and Beyond’s radio show. Fluttering breakbeats and a thundering bassline create the backdrop for gentle guitar riffs and Nick Beman’s vocals, all wrapped in layers reverb. However, I think I might be in a minority here, but I really didn’t much like the vocals here at all, and there isn’t really enough else going on here to sustain the track – in fact, virtually nothing happens for the final three minutes, the only exception being a pad that drifts over the track for the final two minutes without really taking the track anywhere. So despite the fuss, I have to say that I think that this is the EP’s weakest note.

Last up we have ‘Le Paradigme’, Navar’s ode to Paradigm, a club in Groningen. This will already be familiar to most, having already received a release as a single on Lost & Found back in August. It’s a softer and dreamier number, topped and tailed by lovely hazy strings that also feature heavily during the breakdown and gentle envelop most of the rest of the track. Contrasted with the strings is the central hook, which sends licks of forked lightening to the ground. Great stuff.

It’s heartening to me that an artist like Navar can still break through the way he has this past year. There’s nothing flashy or gimmicky about his sound; if anything, it’s more understated and slower paced than most of what’s around at the moment. Of course, it hasn’t hurt to have had Guy J’s backing, and it’s great to see Guy, who was himself given such an important leg up by Digweed, in turn lend crucial support to the next generation of producers. That’s just as it should be. This is an excellent release from Lost & Found, that sees Navar really starting to come into his own as a producer. As I’ve already indicated, I think ‘Phases of Grief’ is the best thing on here by a mile, but there are certainly other gems too. 8.5/10 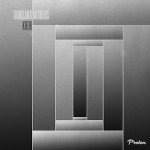 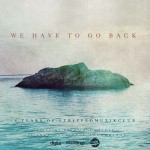