As if there wasn’t enough controversy in the dance-music world of late, who better to lob a very well-aimed grenade into the battlefield, than one of the scene’s pioneers Omid 16B, who today announced his campaign to end free promos for DJs. 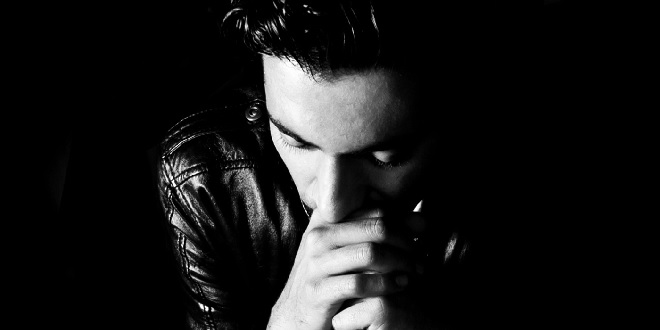 Omid, we saw your post on Facebook today.  Can you tell us what’s driven you to write that?

I guess I’m not scared of anything anymore and feel I need to do and say the things that I’ve held deep inside for a while… I don’t know why I’ve suddenly felt the urge to stand up for the those things I was apprehensive in the past to raise… I guess when I decided to put more effort into the labels (I run alola / sexonwax & Disclosure), the artists always felt comfortable talking to me which led more confidence in action that I had to take to protect them and their issues… this is a community issue which I felt everyone concerned was waiting for someone to put themselves in the firing line… I’m prepared for that as change needs a lil sacrifice from those who believe.

Do you think the explosion of EDM in the mainstream will start helping sales in the underground?

Look at like this, with the cut labels receive from beatport is hardly fair to begin with.  I understand the overheads and mass marketing that goes on behind closed doors but Beatport staff themselves aren’t happy with how things are going as less and less quality is hitting the top ranks and more and more commercial cheese is getting favoured for the kids who seem to lack education of what dance music is really about.

When the amount of profit is coming in, no one has time to focus on the dangers that can put this business out over night… all it takes is for all us producers to stop sending our music via those channels and find a more fair system which avoids as many middle men and only aids to a better financial result for the labels and artists involved deservingly… unfortunately there will always be a few who are doing ok with the current status so they will not support that kind of revolution.

Only a few which have commercial value tend to take the higher sales from beatport… whether its a trendy brand a trendy DJ affiliated label or just purely ingenious marketing strategies?  It will never allow the real music to be on top… all Beatport need to do is sell one copy of every release by every label on the week of release and they are making enough money…why ? Because there’s over 30000 releases per week… obviously due to the high volume of records and no quality control lots of music gets lost and hidden.

One of my close friends Desyn Masiello spent half of his life looking for tracks hidden in the database which hardly anyone has time doing but has now replaced his search engine with looking for older music only released on vinyl.

No disrespect to beatport who have helped get the music to a wider audience, however I’m surprised the same digital outlets who have more money than most artists / producers and labels (which source their income) have not set up the means to remove piracy or educate the public enough to understand the effects it will cause in the future… no one will win like this !!

It seems to me most people in the business only care about the wedge and have no time for the little things that mean more to the artists and creators.

I’m also curious to find out why they don’t understand doing it the right way will create better music all round, as most producers that were making quality music are now heading towards the cheap way out making commercial music, that’s useless for our growth spiritually only being a today phenomena which most of them will surely cringe in a few years time ….

So you say no more free promos. I agree with you that most gigging DJs out there have a means to pay for music. You yourself will know, back in the old days, if someone like Sasha played your music, you had a hit on your hands.  But it’s a different story today.  In fact, there seems to be only a small number of DJs out there who can actually drive sales on a release. So with this in mind, do you think the mindset of the DJ needs to change?

Of course and if they cared they would have brought this up at the first place instead of concentrating on how many likes they have on Facebook… again I’m not showing any disrespect to any of the big names, I myself fell into the trap of perception value over making music at one point in my career, but I don’t see that being what’s real anymore… if people close their eyes and listen, instead of opening their eyes to see what’s out there, they wouldn’t want to be anything else but who they really are, a unique individual who can share something different as all humans have a unique quality we can all enjoy from one another…too many copy cats not enough individuals currently.

Should DJs have more respect for labels who’re giving them amazing tunes?  Half of the time, the feedback on promo sheets is useless and not even worth publishing.  Personally, I find it annoying when I see comments like “downloading for…”, or “good, thanks”, especially if the tune is really kick ass.  That kind of feedback is just rubbish really and doesn’t really help anybody.  It also gives us no way of knowing if they intend to play it or not.  Do you think DJs need to start giving us better feedback?

I agree, its basically about time and money, which again doesn’t warrant a detailed spec of why some body is supporting a record that’s sent… they know its coming so they keep a general aspect to how they react …a simple thanks is rather arrogant if you ask me but take some one like Mark Oliver resident at The Guverment who literally writes a paragraph or more describing every reason to why he loves the record and how he wants to share it with his audience…this is a true sign of respect and love for the music.

What if all this backfires and DJs stop supporting your label. What then?

Do you really think I care if that happens?  The big djs and managers don’t like me anyway because I’m uncontrollable and say what ever I want which is a reflection of my pure and true feelings… I’m not trying to get in bed with everyone or care how people feel or think about me… I simply do and say what my heart and soul delivers to me… I’m not anything special, I’m just another human being which is a special gift to begin with and try not to forget that ….

What do you think about what Omid has to say?  Are you a DJ?  A label owner?  Share your opinions below. 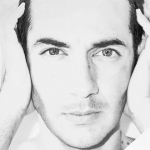 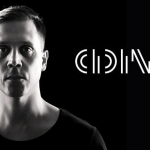