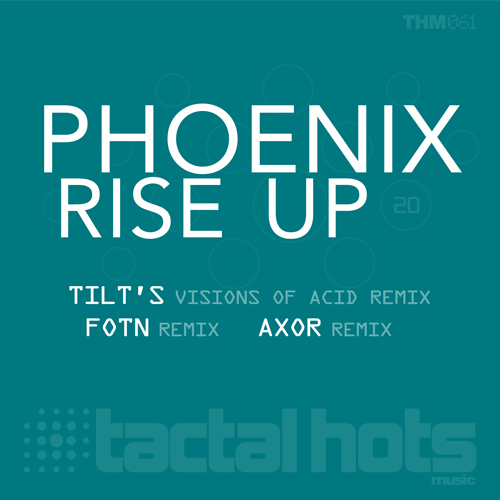 For those unfamiliar with the track it was a collaboration from Scott Latham and Spencer Hickson, aka Desyfer. In 1995 the duo went into the studio with a goal of writing something for Sasha’s sets. Needless to say they succeeded and then some as the track not only went on to be the legendary DJ’s opener throughout the year but also appeared in his Radio 1 Essential Mix. On 12th September 1996 however, the world lost a true genius, gentleman & friend. Scott Latham sadly passed away. He was a celebrated figure in the dance community, the passion and talent Scott had for music inspired so many people and his contributions continue to resonate today. Commemorating the 10th anniversary of Scott leaving us, Phoenix’s ‘Rise Up’ was revised and re-released in 2007 when it was immediately signed by new label, Northern Exposure Recordings, sister label to Hooj Choons. The track featured as Northern Exposure’s debut release with a special vinyl run. Championed by John Digweed, the D Dub remix aired at Space/Ibiza, SW4/London & The Warehouse Project/Manchester where it featured once again on the Radio 1 Essential Mix. Now in 2017 to commemorate the 20th anniversary of Scott’s passing, Tactal Hots have commissioned new interpretations from Tilt, FOTN and Axor.

First up are the mighty Tilt who are coming off a quiet 2016 highlighted by the massive Silinder collaboration ‘Black Hearts’ courtesy of Pro-B-Tech Records. Here they radically revamp the original and bring some of that signature acid which they’ve pulled from their studio repertoire on more than a few occasions. Backed by a huge, rolling groove, chopped up vocals bring a hypnotic vibe as waves of drums surround the framework. The nasal quality of the acid line is downright deadly and perhaps the star of the show but there are a bevy of sonic delights to be found in this 10 minute journey. A massive update from Tilt.

The second interpretation is provided by frequent collaborator Fletch under his new moniker FOTN. Fresh off an appearance on Global Underground’s GU Twenty the UK artist takes ‘Rise Up’ into driving, acid fuelled territory with great results. The atmospheric elements are perhaps the most engaging part of the storyboard though. Continually evolving and highly emotive they lead to a gorgeous main break which perfectly sets up (and in dramatic fashion) a great drop and suitably huge third act finale. Great remix from FOTN.

The release concludes with Axor who is making his second appearance on the label following his ‘Majestic Clouds’ single from December of 2015. Now making his much anticipated return Axor reworks the track with an old school house vibe but with modern sounding production. It’s dance floor sensibility is quite powerful with a strong rhythmic core and it conveys the main themes from the original quite nicely as well. A great complement to the previous to mixes and a perfect way to round out the release. Great to see such an influential track and the memories of a special person and artist living on now 20 years later. Highly Recommended. 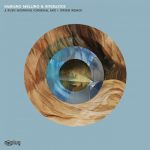 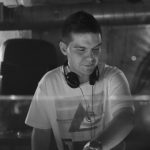