Perth-based Progress Inn make their debut on Stripped with this two track EP, offering up ‘Bettas’ and ‘Slant’. Rich Curtis takes on remix duties on the former, while the latter is reworked by Michael A.

Progress Inn have built their reputation on stripped back but melodic and compelling progressive house, and that’s exactly what they deliver on ‘Bettas’. Immediately building a sleek sound with a pulsing bassline and cool motifs, the track really gets going around two and half minutes in, with swirling melodies setting up a nice drop. A minute later sees the introduction of subtle but lovely chimes which form the focus of the track and interact really well with the other melodic ideas bouncing around over that relentless bassline. This has a classic progressive house feel to it without sounding dated, and it’s one of Progress Inn’s best crafted compositions to date.

Rich Curtis has had an incredible year so far, already having turned out two of its best tracks – ‘Freeloader’ on CHANGE last month and ‘Latitude End’ out on FutureForm today (read our review here!). He takes a less restrained approach to ‘Bettas’ than Progress Inn, holding back the kickdrum for the first minute while he allows melodies from the original to begin to float, before unleashing the percussion and an awesome bassline in quick succession. Curtis weaves melodies in and out of the track, allowing the bassline to generate the forward momentum, while periodically dropping it out for a couple of beats to create additional tension. A surprisingly peaceful and emotional breakdown is punctuated by snare rolls, leading to a high-impact drop that holds the bassline back for just a few beats to great effect. This is a huge remix that manages to retain some of the best ideas from the original while building them into something really powerful. Great work from Rich Curtis, as usual.

The second original from Progress Inn is ‘Slant’, which draws on a similar palette of sounds as ‘Bettas’, but creates a quite different mood, focusing less on melody and more on sheer drive. A chugging bassline gives the track its core, and it builds slowly but surely with crisp high-hats, proggy stabs, and an understated wavering siren, which conspire to give the track a fantastic climax at the five-minute mark. I slightly prefer ‘Bettas’, but this is rock-solid stuff from Progress Inn.

This is also Michael A’s debut on Stripped (though he has a nice EP on Stripped Digital on the way). A piercing, trancey two-note riff cuts provides the focal point of his remix of ‘Bettas’, while the original’s bassline is worked in underneath, helping to add to the psychedelic feel. Unfortunately, Michael A seems content to leave things there, and there’s little progression or new ideas across the remix’s run time. This is a shame – Michael A’s work usually really appeals to me, in large part because of his great sense of melody, and I’m left wondering if perhaps ‘Slant’ wasn’t really a track that allowed him to play to his strengths.

Overall, this is a great release from Progress Inn and Stripped, with the two versions of ‘Bettas’ providing the highlights for me. 8.5/10 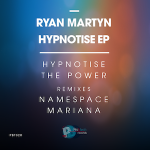 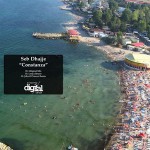