Pro-B-Tech are back with their second release of the year, following up a cool EP from Adam Kent back in January. Their latest release includes two originals from Birmingham-based producer Ryan Martyn, ‘Hypnotise’ and ‘The Power’, while label-regulars Mariana (Adam Kent’s collaborative project with Bailey) and NameSpace provide the remixes.

Ryan Martyn’s first track is the aptly named ‘Hypnotise’, which kicks off with moody, echoing metallic stabs, and a driving, pulsing bass. A more propulsive bassline clicks into place, leading to a brief breakdown. It’s here that we realise that the track hasn’t even really gotten going yet, as it slams back in with a chunky groove, the bass weaving delivering a near-psychedelic hit. The only thing not to like here, and I really didn’t like it, is the heavily treated vocal-samples and laughter that runs throughout the track. Fortunately, someone involved in putting together the package seems to have recognised the potential for this to be a deal-breaker for some, and so they’ve included a dub version that keeps the track intact but loses the elements I didn’t like. So while I wasn’t keen on the original, the dub is superb.

Mariana make their third appearance on the label here, following up an EP in 2012 and a remix of Tilt last year. Skipping kickdrums immediately grab the listeners attention on their remix of ‘Hypnotise’ here, before a subtle 303 line picks up and carries the track to the breakdown. There a fragile melody starts to play out, soon backed by rumbling bass tones, before a reverse cymbal reintroduces the acid and percussion. I felt like a stronger central hook, a bit more play with the acid line, and a bit less of the vocals from Ryan Martyn’s original would have gone a long way here; as it stands, there are some strong moments and ideas, but overall the remix didn’t appeal to me as much as it might have.

The second original from Ryan Martyn is ‘The Power’. The core of the track is its sparse, interlocking bass parts, and it’s lent some punch by a snappy, energetic percussion section. There’s not much more to it than that, though, and I found that the ideas wore a bit thin before the end of track.

Up on remix duties for ‘The Power’ are NameSpace duo Ben Shaw and Ben Summers, who turned in a stunning remix for the first release by the Underground Allstars on the label before joining the Allstars for their second single, ‘Night Pressure’. NameSpace have been rather quiet of late (though Ben Summers makes his debut on Lowbit next week with one of my favourite releases of the year), and this is their first release of 2014. Their take on Ryan Martin’s track loses their usual melodic touch, offering a slightly tougher sound, but they wear it very well. Twin, characteristically growling basslines, hard-hitting percussion, and awesome vocal work create plenty of drive and intensity, while the breakdown introduces some atmospheric trippiness and gives a much-needed breather. This is awesome stuff from NameSpace.

Overall, I found this a slightly uneven release, but NameSpace’s remix provides a real highlight, and Ryan Martyn’s dub of ‘Hypnotise’ isn’t far behind at all. Pro-B-Tech have been building their reputation as one of the hottest progressive and techno labels in the UK, and this release will held cement that reputation further. 8/10 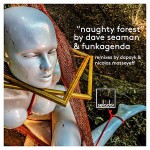 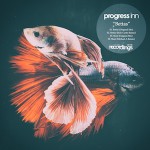