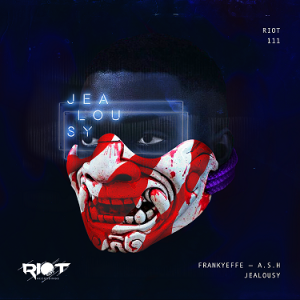 Having already racked up an impressive archive of notable releases – We Are The Brave, Filth On Acid, Tronic, Kraftek and Terminal M to name just a few – Frankyeffe’s rapidly expanding back catalogue hallmarks an artist on the path to stardom. With nearly twenty years of experience tucked firmly under his belt, his toughened style of melodic techno has long been refined into a sure-fire formula for widespread acclaim and success.

For the first time, Frankyeffe links up with Portsmouth-based and fellow We Are The Brave DJ/producer A.S.H on the their maiden collaboration, ‘Jealousy’. This essential single release is brutal right from the off, utilizing pounding percussion and thick textures, ‘Jealousy’ sounds out both DJ’s ability in sonic magnitude. The track’s pulse is punishing throughout, building with swelling synth aggression before finally revving up its overbearing distortion into an ear-splitting crescendo.

‘Jealousy’ is out now via Riot Recordings. Buy HERE. 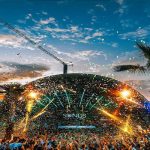 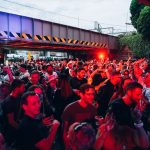