Previous Next
Lovefest is an always sun-kissed affair that is one of the most celebrated in the Eastern Europe region.

Next, to the worlds smallest stage it hosts pool parties for 10,000 people and on the 2nd August, we were there to catch some of the best sets on offer.

It all goes down in a small, beautiful Serbian town in a lush green park, right by the city’s famous lake and here is what we heard.

The Minus boss joined the dots between fresh minimal and some old school, deeply dug out classics. As any good DJ can, he switched up his sound to meet the playful mood of the event and the warm weather and as such left a real mark.

Joe is a New York hero who always teases more out of his EQ than anyone else. He cuts highs and lows like a man mad and gets the crowd in a frenzy as he works through old soul, proper house, raw disco and plenty more. It’s wild, unfettered and fantastic.

The long-time houseman can crank up the pressure when he needs to, as he did here infant of a vast crowd. The Paradise boss delved deep into more techno leaning sounds but always with his characteristic big basslines and driving drums. He pleased the crowd while also keeping some tricks up his sleeve – a real masterclass.

This energetic New York pair bounce about in the booth as much as people dance about on the floor in front of them. Their dynamic selections are utterly smooth and well thought out as abstract graphics float by on the giant screens next to them. They play a taught brand of house that gets ever wilder and tech in nature and keep the thousands strong crowd happy throughout.

UK cult favourite Jane Fitz has really broken out of the underground in recent times but her sound has stayed as cool as ever. She drops proper old school techno cuts next to fresh new jams we haven’t heard before. Spaced out, dynamic, deep, it is a real tasteful affair for the heads. 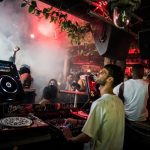 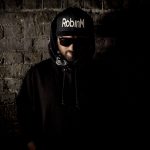