Hey John, so your new album came out on October 5th and is currently charting at #2 in the overall Beatport charts

Yes – I’m really happy with the way the album’s been received so far, because it took a lot of hard work. Maybe it could have been number one if Juno hadn’t leaked the album two weeks before the release date, but that’s just life I guess. We contacted them several times asking them to take it down, which they finally did 36 hours later, however the music was all over the net by then. They never told us they’d taken it down or made an apology, which I think is really out of order.

So how did you cope with that?

I just let the Juno thing go, but considering how much work I’d put in to the album, it was an intensely frustrating and disappointing two weeks to be honest. I want to say thank you to the fans who told us about the leak in the first place. They were kind enough to even monitor platforms like Mixcloud, YouTube, Soundcloud and Facebook and ask anyone who was sharing the album to take it down until it was released!

I also owe a massive thanks to everyone who bought a copy when it came out too, even though it was widely available for free. It really means a lot and just goes to show what great fans I have.

So this album seems to represent a big shift in your production style. Is the new Quivver?

I don’t think it’s a shift in style, it’s the music that I’ve steered towards over the last couple of years. I think the album’s got a sound of its own, I wasn’t trying to jump on any bandwagons… so it doesn’t fit neatly in to any particular category, which is why it’s spread amongst lots of different genres on Beatport. Anyone who has heard my stuff before can still recognise my sound in the album and it very much represents what I play as a DJ.

So the album is called ReKonstruct, how did you come up with the idea for the album and how much of the work is yours?

Initially I toyed with the idea of doing a DJ mix compilation, with a couple of my own productions on there, but I thought that would be too standard.

So I came up with the idea to reach out to producers who’d influenced me over the years and see if they’d like to be involved in a project, where I could either collaborate with them, or re-edit their tracks, which is where the name ReKonstruct came from. There was a lot of cool music/ideas to choose from and I’m really happy with how the mix turned out.

Which track are you most proud of on the album?

It has to be 8 Bit Eclipse. I had a lot of fun making this track because it started out as this dark heading nodding groove, then once I added the big chord stabs and a 909 drum machine, it took the track in a new direction and gave it this old school Detroit techno vibe, which I really love.

So you released this on Controlled Substance which to date has only showcased your own sounds. What are your plans for the label moving forward?

The label’s exceeded my expectations with the first few releases, so I don’t want to rush in to signing new music just yet. I want to let it grow organically and see what happens. And as I’ve said before, if there’s music I really want to get out there, this is the perfect platform to do it without having to compromise. 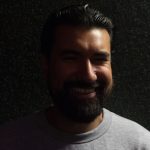 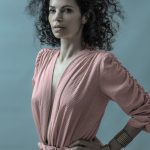