FutureForm Music is a brand new label from the  FutureForm Collective, headed by the respected Particles, Mesmeric and Lowbit artist Verve and his partner Pete Helskanki. The  label aims to act as ‘a platform for established and upcoming artists to release cutting edge productions’. Understandably for their first release they’ve leaned much more towards the ‘established’ side of their remit, serving up a new track from legend John ‘Quivver’ Graham, supported by remixes from stars of the progressive techno scene Cid Inc. and DNYO.

Quivver’s original version of ‘The Fog’ finds him in the same mode as recent releases on Bedrock and Toolroom, building clipped vocal samples and pinball-machine dynamics over a heavy groove. This is an absolutely huge sounding record, but I have to say that it just didn’t really take me anywhere – there isn’t much progression over the course of its 7 minute running time. There’s a danger with artists as established as Quivver that they just end up forever repeating the sound that initially made them popular, and I appreciate that Quivver’s deliberately and successfully avoided that path. But I’m inclined to think that an unfortunate casualty of this has been any trace of the deeply melodic streak that characterized much of Graham’s earlier work as Quivver and Space Maneuvers, and with Tilt. ‘The Fog’ again showcases Quivver’s superior ability to construct a club track, but I still hold out for more from one of the most talented producers out there – one of the most talented producers ever, in fact.

Cid Inc. was responsible for my favourite remix of 2012, Baboop’s ‘Split Horizon’ on Mooseekaa, and his reworking of ‘The Fog’ follows a host of other fantastic recent remixes on Somebody’s Story, 99percent, Mesmeric, and of course his own Replug imprint. Here he provides my favourite of the three versions. Crisp percussion and shards of synths are stacked up against a murky bassline, calculated to shake the foundations. The track really only really picks up in the second half, though, with a second, more rolling bassline and airy pads really filling out the sound. This probably isn’t going to be chalked up as Cid Inc.’s strongest work, but it’s still really effective medicine.

DNYO’s own productions and remix work have continually proved his willingness to innovate, and in many ways he turns in the most interesting version of ‘The Fog’ on the package. This is a squelchier, wonkier, and more hypnotic take on the track, which sees DNYO using the parts of Quivver’s original really well while managing to stamp his own sound all over it. Ultimately, though, this remix didn’t really work for me – the final few minutes were just too busy, and without a really strong hook to pull me through.

This is a solid first release from what will hopefully emerge as an exciting label to watch. It’s hard not to feel that for all the label’s name and rhetoric, they’ve played things a little safe on this first release, with three very well known producers each bringing us a sound that’s likely to feel pretty familiar to their followers. But as I said above, that’s understandable given that this is the label’s first release, and hopefully we’ll see FutureForm pushing the boat out more in subsequent releases. 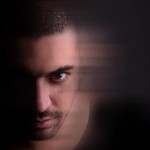 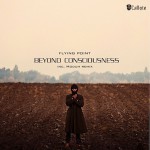