Callote has been responsible for a plethora of high quality releases since its debut a year ago. Home to a new breed of techno tech and occasional progressive house output, the label has steadily gained an enviable reputation for excellence, seen here with the Flying Point – Beyond Consciousness EP.

Fresh from the remarkable full-length album on parent label ADRO, and the eponymously titled “ADRO Heroes”, running contemporaneously to the “Beyond Consciousness” EP found here, Flying Point has been at the forefront of this brave new wave of sounds. Hailing from the Ukrainian capital, Kiev resident Evgeniy Volkov has become a resident artist for both labels as well as contributing tracks to the Aura and Faberlique imprints since making his debut in March 2012.

Specifically marking out his production work as specifically “departing from…commercial sounds, darkness and “beautiful melody” are characteristics that define the Flying Point sound. Following these principles, the original mix is a joy to behold. A deep buzzing and pulsing bass line opens proceedings quickly followed by a straight and metallic melodic riff that gives way to softer and hypnotic arpeggio. A clicking percussion section lilts invitingly throughout before a change in bass line progression denotes a shift in direction to bring greater emotion as the track reaches its denouement.

Russian duo Modum, take on responsibilities for the solo remix found on the EP. Comprising producers, Maxim Givchev and Anton Vlasev, the pair has made a considerable splash with their work on the recent work on Svatislav Tvardovsky’s Stereo Paradise label and original production, “Blow”, on the 99percentrecordings compilation, under the same Tvardovsky and Stereo Paradise banner. Taking a stronger, more up-tempo, rhythmic approach, the Modum remix of “Beyond Consciousness” immediately sits up and demands attention through a strong and repetitive techno kick drum combined with a collage of mechanical sound effects, reversed and treated to add an element of sonic chaos. Juxtaposed against this are the subtle melodic components so prevalent in Flying Point’s original mix to provide a work or real skill and verve that is hard to ignore.

This is thoroughly modern sound that is the epitome of skill and modern production techniques. “Beyond Consciousness” is a release of the highest quality in both its incarnations and Flying Point, Modum and Callote should be extremely proud of what they have delivered here. 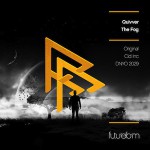 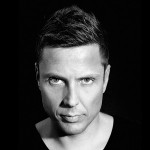