One of the most exciting producers and live acts in techno, Reinier Zonneveld has rapidly risen to become one of the scene’s brightest lights. After a massive year which saw him collaborate with Carl Cox, celebrate the 1 year anniversary of his label Filth On Acid, play huge festival shows and sold-out all-nighters, he now delivers his third artist album to a waiting world.‘Church Of Clubmusic’ — released on April 22 — is the pinnacle of all his efforts to date, uniting his background as a classically-trained pianist with his body of work as a techno producer in fine style. Some of the tracks began life over a decade ago and have been allowed to marinate, mature and evolve in unhurried fashion. It’s more than just a collection of tracks, but a body of work that serves like a diary of his last decade-and-a-half. “I have been working on this album one way or another for nearly ten years now” says the producer. “Lots of the tracks in it are based on rough sketches or half-finished ideas from years ago, which up until now I was not able to produce and finish as I had envisioned them. In this way it’s a kind of musical diary for me that charts different periods in my life.”Stylistically it brings together his myriad loves, from thumping acidic techno to melodic progressive tones, classic interpretations to chunky disco house, ambient-style passages and indie-dance / pop crossovers. “I wanted to bring together all the different musical elements in my life” he explains. “That meant bridging the gap between club music and the classical music that I was trained on — which is part of the reason it’s called ‘Church Of Clubmusic’. I see this album as the pinnacle of my musical achievements so far, drawing a line from my musical training through to my career as a DJ/Live-act and producer and bringing it all together in one package.”Across 18 tracks, the album continually impresses and surprises. It begins with stunning opening track ‘Evanescent’, setting the tone with expansive, euphoric synth melodies, a propulsive groove and rousing organ chords. ‘Ibiza Disco Lights (I Don’t Wanna Stop)’ is a pumping Euro-disco workout with a hilarious vocal captured at an afterparty in Canada by Zonneveld after one of his shows there. A fan turned up at the afterparty and proceeded to tell the room about how hard he parties when he’s in Ibiza. Zonneveld hit record on his phone….His love of all things acidic and 303-based is well documented, and his latest acidic banger ‘Acid Overdose’ as another unrelenting workout that harks back to the glory days of acid techno. ‘Frozen Keys’ is beautiful, mellow track serves as a sort of interlude, breaking up the clubbier sounds with its delicate, chime-like arpeggios and glistening synths. Originally written around 13 years ago for piano, Zonneveld dug out the MIDI file from an old laptop and transformed it into something more contemporary. The title track ‘Church Of Clubmusic’ is comprised of orchestral parts and an organ, all recorded live in a church and then manipulated and transformed with electronic processing to make it sound like a crescendo of synthesisers.‘Bart’s Cube’ found its name when Bart, a friend of Zonneveld’s, visited his studio and heard him playing some ethereal sounds. Bart claimed it sounded exactly like the music he heard in his dream the previous night (in which he was trapped inside a cube). They then worked together to make the textures in this dreamy track sound even more like what Bart heard in his head. ‘Love To Hate To Love’ is a stunning vocal track, full of sorrow, melancholy and contemplation, with the beautiful voice of Cari Golden. This graceful composition shows Zonneveld’s strengths in the pop field, adding another string to his plentiful bow.‘My Love’ is another sumptuous vocal track with Cari Golden, blending dreamy vocals with almost ambient-style atmospherics and slo-mo, epic, cinematic beats. ‘Religion’, by contrast, is one of the album’s most banging tracks, its twisting acid lines, epic pads and pummeling kick drums recall the early days of trance music in the mid-’90s. ‘Manifesto’ continues the trend with a stomping, rave-infused workout where droning, wasp-like synths tap out a morse-code style rhythm atop thundering beats and bass.‘Hard Gaan’ started out life as an improvised ending to his acclaimed live sets. The reactions were immense when he debuted it in Berlin a couple of years back, and then a video of him playing it at Awakenings festival went viral. After many requests, he has now realised it into a full track: a full-throttle workout of huge builds, nagging synths and high-tempo beats. Heartfelt album closer ‘I Wanna Dance With You’ juxtaposes brilliantly, dropping the tempo for some sensual, melodic, euphoric house. Sweet female vocal cut-ups add a poppy element and round off the record in triumphant style.It’s a highly accomplished record which looks set to push this talented artist into higher reaches still. 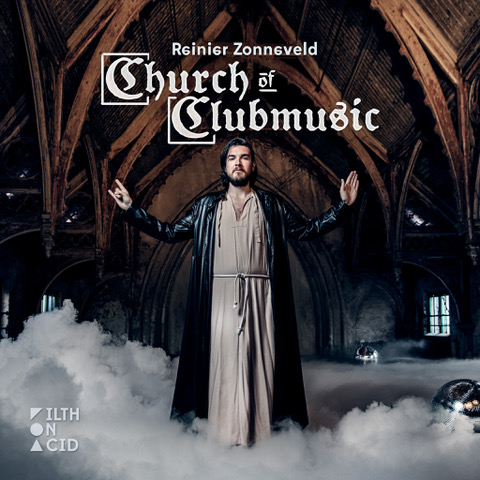