The 29th release on Clubsonica Records welcomes Rick Pier O’Neil back to the label for his debut single.

The French artist made his debut on the Colombian imprint in February of this year with a remix of ‘Alliance’ by Paul Deep & Martin Gardoqui. The RPO Records boss now makes his much anticipated return to Clubsonica, presenting his debut single entitled ‘Ambivalent’ alongside remixes from Desaturate, Juan Pablo Torrez and Ethereal Mist.

Rick’s cross pollination of progressive house and techno has been praised since his return to the spotlight in 2014. His distinctive sound has paved the way to releases on Sudbeat Music and JOOF Recordings while support continues to come in from Hernan Cattaneo and Nick Warren. His latest offering ‘Ambivalent’ comes in deep, dark and incredibly infectious. Thick slabs of bass power the foundation as sinister electronics and spooky effects flow through the framework. As the first act takes shape a vocal narrative adds to the ominous tone before transitioning into melancholia during the first of two breaks. A heads down second act proves to be the highlight, with the chunky groove and impactful melodies rising to an elating apex.

The first interpretation of ‘Ambivalent’ is provided by Desaturate who is making his first appearance on Clubsonica. Previously known as one half of the famed Progress Inn duo, Janko Dragovic coined the new solo alias in 2015 and hasn’t looked back. His energetic brand of progressive techno has found its way into the sets and charts of Hernan Cattaneo while also landing him a release on Sudbeat Music. Now following a quiet end to 2016 Desaturate presents his first remix production of 2017, putting his own unique twist on ‘Ambivalent’. With a radically revamped groove the energy goes up twofold with flowing lines and cascading themes teasing the senses. Melodic and spacey in all the right ways, the first acts proves exhilarating, ultimately leading to dubbier middle section where vocal edits and waves of percussion fire through the framework. It’s free flowing style avoids the obligatory main break and it’s all the better for it, keeping it perfectly dialled for peak time play.

The second interpretation of ‘Ambivalent’ is provided by Clubsonica Records label boss Juan Pablo Torrez. The Colombian artist is making his 12th appearance on his home imprint which follows a hugely successful 2016. Support from Hernan Cattaneo and Nick Warren along with key releases on Darin Epsilon’s Perspectives Digital highlighted the year with 2017 holding even greater promise. Now presenting just his second production of year Juan delivers his best remix to date taking ‘Ambivalent’ into ethereal territory with great results. With a techno state of mind Juan shapes a strong rhythmic core as chopped up vocals and melodic fragments trail off in a kaleidoscopic haze. The main break proves dramatic with rolling motifs and haunting themes pushing all the right emotional buttons, before a tasteful build transitions the piece back to its pulsating groove for an epic finale.

The third and final interpretation of ‘Ambivalent’ is provided by Ethereal Mist who is making his second appearance on the label. The Colombian artist first appeared on Clubsonica in May of last year with a remix of Michael Gin’s ‘Lose Yourself’. It was in fact his only release of 2016 which certainly left his core fan base wanting more. Now presenting his first and much anticipated production of 2017 Ethereal Mist reshapes ‘Ambivalent’ into an old school progressive house gem. Anchored by a driving groove and rolling rhythms it’s nod to the glory days of genre are immediately apparent. Elating themes and shifting tones make for a massive first act, leading to a timely and equally exhilarating break. Expertly executed, the tracks centrepiece plays out over 90 magical seconds where a calculated build and emotive bridge foreshadows a thrilling third act conclusion. It’s a rousing end to a release full of variety and talent from Clubsonica Records, who move forward into 2017 continuing to push the boundaries of progressive house. Highly Recommended. 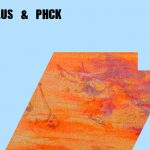 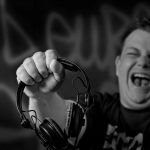