As a huge fan of Audio Therapy, I was really disappointed to see it die a slow death over the past few years, and so the news in late 2012 that Dave Seaman would be launching a new label with SMP3 boss Steve Parry was very welcome. Now onto their 8th release, Selador seem to be starting to really hit their stride, and here they serve up two originals from rising stars Rob Hes and Steve Slight, together with remixes from Gabriel Ananda and Steve Parry himself.

The first of the two originals by Rob Hes and Steve Slight, ‘Focusing’, is a monumental slice of techno/progressive crossover. Heavy, techy percussion and a low-slung bassline get things well underway, before a swarming synth motif sets the scene for the introduction of the glorious, mesmerizing central hook that weaves its way in and out of the track at key junctures, leading to a series of memorable drops. It’s hard to create music that’s simultaneously as hypnotic and as high-impact as this; Rob Hes and Steve Slight make it sound effortless.

First up on remix duties we have Gabriel Ananda. Fittingly, I first really clicked with his brand of house and techno when I heard Seaman play his beautiful ‘Warm Cologne’ on Radio Therapy a couple of years ago. His remix of ‘Focusing’ is likewise a joy, pure and simple. Ananda takes the track in a really melodic but floor-pleasing direction, with a simple, chunky bassline carrying the chord sequence, and layers of drifting pads and spellbinding chimes luring the listener in. It’s the understated but gorgeous strings that first appear two and half minutes in that really seal the deal, though, and these return in the last minute and half to give the track an absolutely magical finale. I just adore every second of this.

Label boss Steve Parry takes Rob Hes and Steve Slight’s ideas down a darker path, spinning a distorted, submerged version of the original’s main hook over squelching acid and a punchy bassline to yield a trippy, driving, and atmospheric progressive houser. The breakdown lets the hook emerge more fully while building tension with subterranean chord changes that really lift the track when the percussion reengages. Great work from Parry on this one; this is the version for those moodier moments, for sure.

Finally, we have the second original from Rob Hes and Steve Slight. ‘Mankind’ plays with the same combination of techno sensibilities and trippy hooks as ‘Focusing’, but it tips the balance more firmly in favour of the former, with most of the action being provided by a jacking groove, cool snare fills, and rumbling basslines. The abstract motif emerges in time for the breakdown, which sets up a jaw-dropping explosion of percussion and bass as the track powers up again. ‘Focusing’ is definitely the stronger of the two tracks, but this is really exciting stuff too.

Both of Rob Hes and Steve Slight’s originals here are superb, as are both remixes; this is a release that gets everything right and nothing wrong, and it’s Selador’s strongest to date. Gabriel Ananda absolutely steals the show, though, with a remix that’s not only the best track of 2014 so far, but one of the musical treats of the past few months. 9/10 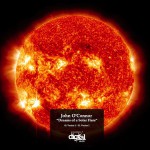 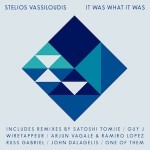