Bedrock’s second release of the year pays an untimely but welcome visit to Stelios Vassiloudis’s fantastic ‘It Is What It Is’ album from late 2011, with the second installment of their ‘It Was What It Was’ series offering new remixes of tracks from the album. This release offers a diverse package of remixes spanning a number of different genres, with Satoshi Tomiie, Russ Gabriel, One of Them, John Dalagelis, Guy J, and Wiretappeur taking on tracks from the album, and Arjun Vagale and Ramiro Lopez teaming up for a remix of ‘What’s That?’ from the Bedrock 14 album.

This is only legendary producer and DJ Satoshi Tomiie’s first appearance on Bedrock, and he offers a tough deep house version of ‘Green in Blue’, which was a low-key slice of hypno-house boasting the compellingly tripped-out vocals of Tomomi Ukumori. Tomiie ups the energy levels with a filthy bassline, handclaps galore, a heavy kickdrum, and shimmering synths, all the while working the vocal superbly. A surprisingly touching outro will doubtless see this one close out many a mix over the months to come. We’ve come to expect nothing but the highest quality from Satoshi Tomiie; he doesn’t disappoint that expectation here, that’s for sure.

A few years ago One of Them turned in a really fantastic, stripped back remix of what’s still my favourite Stelios Vassiloudis track, ‘Bite Down’, and here he also takes on ‘Green in Blue’. One of Them’s version initially sticks slightly more closely to the original, though the main innovations, the twangy acidic bassline and the subtle chiming melodies introduced after a few minutes both work extremely well. The remix starts to feel like it should think about winding down with around a third of its running time left, but in a surprising and very pleasing twist One of Them suddenly brightens and freshens the track with splashes of piano, which carry the listener’s interest comfortably over the finish line. This is great work from One of Them once again.

‘Feed’ was one of my personal favourites from ‘It Is What It Is’, and here it’s turned over to British producer Russ Gabriel. I had slightly mixed feelings about his version. The original’s wonderfully minimalist bassline is replaced with a propulsive growl, which gives the track much more forward momentum, but I wasn’t sure that the key changes worked quite as well with the vocal. More importantly, all of the harmonies on Astrid Suryanto’s lovely vocals are stripped out, and to a large extent those are what made the original so appealing. On the other hand, Gabriel supplements the vocals with some really fantastic moody strings at various junctures, and those work an absolute treat. In the end, I’m inclined to say Russ Gabriel strikes a fair balance between giving the track his own stamp and lending it a bit more bite, and preserving the elements of the original that made it stand out.

John Dalagelis remixes ‘Repetition’, which layered warm, jazzy pads over acid techno. It definitely wasn’t one of my favourite tracks on the album, since that style of melody really doesn’t appeal to me, and so Dalagelis’s remix was always going to be a tough sell. He strips out the acid bassline in favour of something more restrained, and instead lets the track be powered primarily by busy breakbeatish percussion and intricate hi-hat work. I liked the build to the breakdown well enough, but predictably once Stelios Vassiloudis’s melody is introduced, I wasn’t keen on the result. Don’t get me wrong, this is a well-conceived and produced piece of Detriot-flavoured techno; it just builds a sound that doesn’t speak to me all that much.

Arjun Vagale and Ramiro Lopez take on another of Stelios Vassiloudis’s more acid numbers, ‘What’s That?’ from the Bedrock 14 compilation. The duo maintain the sinister bleeps and atmospherics from the original, but where the original was taunt and held-back, this new version gives the track some serious welly, with a massive bassline and armour-piercing percussion. They wisely keep the 303 at the heart of the action, though it’s held back until the breakdown halfway through, leading to absolute mayhem when it’s let off the leash. This is wicked stuff from Arjun Vagale and Ramiro Lopez.

‘I Burn Like’ was probably my favourite track on the album (though the ‘ambient’ version on Bedrock’s ‘Structures Two album was even nicer), with its combination of low-tempo breaks, gorgeous chimes and plucked motifs, Darren Murray’s vocals, and of course those stunning cello lines evoking the soundtrack of ‘Crouching Tiger Hidden Dragon’. Wiretappeur is Stelios Vassiloudis’s partnership with veteran producers Florian Kruse and Nils Nurnberg, and the trio have been responsible for some of the finest examples of Bedrock’s housier output over the past few years. Here they wisely don’t mess too much with the original, taking its core elements and fashioning them into a 100bpm deep house number, adding in a subtle disco flavour for good measure. For most of us, this is going to be a headphones moment rather than a club track, but it’s pretty exquisite.

Guy J raises the tempo back to peak time levels for his version of ‘I Burn Like’, which loops splinters of the original’s chimes over a sparse bassline. Guy’s probably wisely decided to lose the vocal for his interpretation, using it very sparingly to add atmosphere, and in general this is a really restrained take on the track, with a drawn out, teasing build up. However, after the main breakdown Guy brings in the cello line, and the contrast with the build up only makes this all the sweeter. It’s a spectacular moment, and it reminds me of the highpoint of his remix of Roger Martinez and Secret Cinema’s ‘Methol Raga’, which for my money was the best moment of his Balance mix album last year. The cello gradually crystalizes into the instantly recognizable theme from Stelios Vassiloudis’s original for the finale, before the remix winds down.

There are some really stunning moments throughout ‘It Was What It Was’, with Guy J’s take on ‘I Burn Like’ providing the highlight for me. Hopefully we’ll hear Stelios Vassiloudis appearing on Bedrock with some brand new material soon. 8.5/10 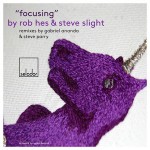 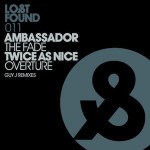