Robert Babicz has been redefining the boundaries of electronic music since the early 1990s. His unique artistry encompasses sound, vision, emotion and spirituality. From releasing and performing acid techno as Rob Acid.

Robert made his first record on borrowed equipment in 1992 and since then has gone onto release on some of the worlds best known electronic music labels such as including Bedrock, INTEC, Mille Plateaux, Systematic, Audiomatique, K2, Treibstoff, SUGA, Punkt and Praxxiz.

He has the rare gift of synaesthesia, which turns the world into a continuous interplay of colour, shape and sound. He sees music in 3D, describing tracks as “geometrical poem… sculptures in time.” When he’s working on a track he can see the imperfections in the sonic structure and fix them, like a painter correcting a brushstroke.

Robert continuously pushes the boundaries of electronic music as an artist, consultant, teacher, and engineer. In recent years, he has focused increasingly on his own imprint, Babiczstyle, which epitomises his sound, emotions and ethos. Robert’s exceptional sound design, mastering and studio skills have prompted companies like Native Instruments and Apple to request his help on sound-design projects.

A true artist, Robert does not class himself as a DJ, and only plays live using hardware equipment to make music that’s improvised on the fly. This podcast recorded for CU is made up exclusively of Roberts own music that’s been skillfully blended together into a continues stream of music.

You can find Robert’s music on Beatport from HERE 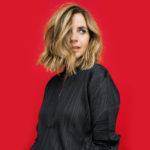 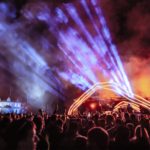