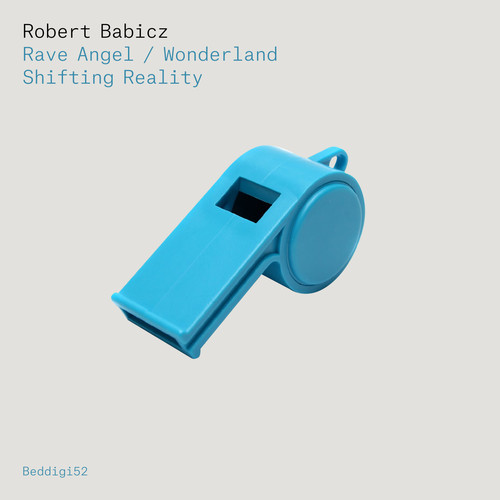 Robert Babicz‘s career has spanned from over two decades with his early 90’s “Rob Acid” productions through to the 21st century with a sound which has captured the attention of DJs and music fans globally. If you’ re a Babicz fan you will be familiar with his consistent quality of tracks but also his ability to surprise you with off the cuff elements which makes it hard to pin down his sound. This Ep follows much of the same with an emphasis on quality and unique elements that revolves around techno, house and techno genres.

Starting with the title track “Rave Angel” if you have visions of dancing around with white gloves and bobble hats on it’s a little bit far of the mark has this is more tasteful. The track starts with an old school Detroit esque style bassline whilst classic techno hi-hats are introduced to give the track an instant driving feel. Building amongst this with anticipation is a moody melodic piano chord which is reversed in sections but then here it comes, the 90’s euro rave hoover sound break which is reminiscent of acts like CJ Bolland & like Praga khan. Overlaid there’s a very proggy style melody pad which again helps maintains its tasteful approach whilst the hoover sound continues. Additional moody synth squelches are introduced and then we have the second break down which features around the piano chord and a break beat but far it’s from “Prodigy “style. The track builds back up again centred on the drums and featured elements to a DJ friendly outro. On a whole this is a quality track with a mixture of inspirations simply put together but well. I can imagine some of the purists not buying in to it but music doesn’t need to be super serious all the time.

Next up is the second EP title track “Wonderland” here we have something completely different and maybe something more expected from “Babicz”. The track is dark from the offset with moody stabs and subtle pads / atmosphere sounds. The percussion is more reserved in its levels allowing the kick and bassline to do most of the work. There is a short break down with some intricate FX works and a distorted synth line which almost sound a bit guitar ish. The Track follows on with a rave ish chord stab but it’s less in your face than the previous title track and the deep / dark feel continues with incidental parts around it. A second break is introduced and more of the same follows. It’s a definitely a darker proggy affair that you could imagine “James zabiela” playing on one of his darker sets and likeminded DJs.

The third & final track is tilted “Shifting Reality”. Once again it’s a quality affair here and quite different approach than the previous two tracks on this Ep. This track is very deep and moody progressive as you would expect the likes of “Sasha” to embrace. There are lots of incidental parts and nice stringy / pad sweeps. Sparsely used piano is merged into the mix to give the track an emotive feel. The drums are quite light as the musical elements are the key focus. Has the tracks builds a key seductive element is introduced, it’s a cool saxophone part that really helps hold the emotion together. …it’s something that would have worked well on the “Blade Runner” sound track. 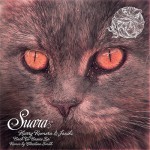 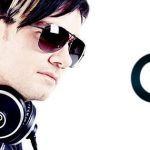