The 21st release on Michael A’s Genesis Music welcomes Robert R. Hardy to the label for his debut EP. 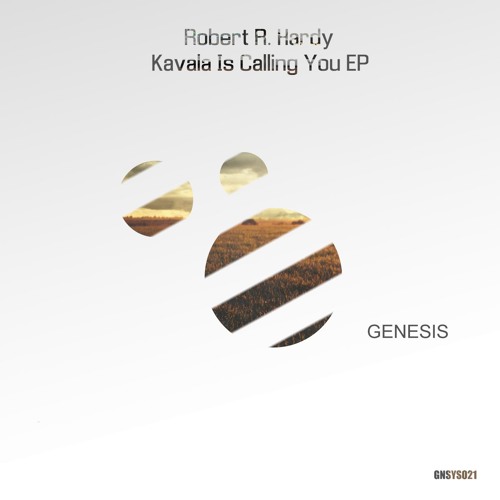 It was only a matter of time before the Hungarian artist ended up on the Belarus based imprint. Robert’s deep minded sound is well in line with Michael A’s contemporary progressive approach, so much so in fact that duo have collaborated on one of the EP’s tracks.

The release gets under way with the title track ‘Kavala Is Calling You’ and finds Robert solo with another deep and engaging creation. Beginning with a punchy kick and some gleaming designs, Robert slowly begins to shape the journey in his trademark methodical manner. The way he builds tracks makes them ideal for warming up a bigger room but when he goes darker and dubbier they can work almost anywhere I think. ‘Kavala Is Calling’ begins with trippy vocal elements, spaced out designs and some granular decay which is really nice. Haunting pads slowly descend over the framework and initiate the main break in the process. Swirling and monumentality mesmerizing, the second act is brief and merely a great transition back to the chunky groove and a smooth finale. Brilliant work from Robert once again.

The EP concludes with a first time collaboration from Robert and Genesis Music boss Michael A entitled ‘Without Fire’. With all collaborations you hope for that special magic and the proposition of Robert and Michael working together is certainly appealing. ‘Without Fire’ doesn’t disappoint and you definitely get the best of both producers here. Robert’s deep and mystical ways are hugely prevalent as are Michael’s metallic designs and pristinely polished percussion. There’s something very mysterious about it, a vibe that carries the track with intrigue into the main break where some lovely synth work sucks you in. There’s just a hint of something cross-cultural as well which the progressive underground will certainly identify with. It makes for a hugely enchanting second act which sets up a smooth and effortless conclusion perfectly. A great first time colab from Robert and Michael which rounds out another great release on Genesis Music. Let’s hope we see another one soon. 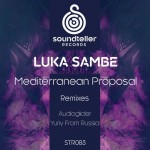 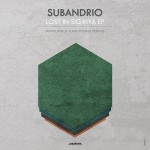