Crossfade Sounds ended 2012 off as one of the year’s best new labels. With six releases from some of the freshest up and coming talent that included: Beat Syndrome, Blusoul, Alessandro Diga, Noa Romana & Deersky, Nikko.Z, Matias Chilano, Erdi Irmak and Scotty A the label firmed established itself as a more than worthy companion to powerhouse sister label Sound Avenue. Crossfade’s first release of 2013 sees a special collaboration from Simon Firth & Sven Hauck entitled ‘Devices Strange’ which comes with two outstanding remixes from: SpecDub and David Calo.

Simon and Sven have worked together before on Tactal Hots and Indigo Records, their collaborations have always yielded spectacular results and ‘Devices Strange’ is no different. Based around a grungy, percussive groove ‘Devices Strange’ begins to build as trippy electronic accents begin to surround the framework. Melancholic synths and poignant soft stabs carry the track to the main break where the murky, subterranean atmosphere takes over. The introduction of a subby melodic bass line just prior to the breaks conclusion is a real epic moment in the record and once the groove reappears that bass line works some emotional magic for a great conclusion to the track. The first remix is supplied by SpecDub who is making his first appearance on Crossfade Sounds here. Laszlo Szunyogh aka SpecDub hails from Hungary and has appeared on Stellar Fountain, Electrik Dreams and Sesque towards the end of 2012. For his ‘Devices Strange’ remix SpecDub has supplied a wicked deep techno interpretation that comes with a big, impactful kick and a wonderfully deep atmosphere. Additional vocal samples and light-hearted synths add an entirely new dynamic as well which makes it a fabulous complement to the original. Excellent stuff from SpecDub and we hope to hear more from him real soon. The final remix on the package is supplied by David Calo who is also making his first appearance on Crossfade Sounds here. David hails from Argentina and although he only has 4 credits on his discography thus far they are all on high quality labels like Axon, Vice Versa and Nueva Deep. David’s ‘Devices Strange’ remix also proves to be a great addition to the package as it comes with a bit more of a tech house vibe. David’s floor friendly groove is accented by an array of cool percussive elements and a deadly acidic bass line which comes with incredible shape and character. It’s one of those productions that just has smooth transitions and perfect flow, should be massive on the dance floor. Crossfade Sounds gets 2013 off to a great start with this one, watch for the labels first ever compilation entitled ‘Crossing Borders’ coming soon. 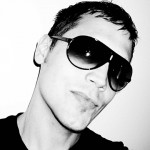 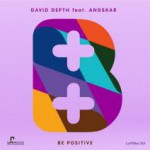