Juan Goya’s “Brain Notes” was first found on the “Spring Particles 2012” compilation under his Sound Process production guise. From the Argentinean capital, the Buenos Aries resident stood out on the release for his ability to produce a deep, rhythmic jewel with a bass line that locked itself into the listener’s subconscious. Describing his own work as a “focused on deep and rough-edged underground house”, Juan has seen his work featured on Jetlag, Stripped and Flow Vinyl, and pinpoints 2010 as a breakthrough year for him after the release of “Anatolian” on Frisky Records, with a remix by Chloe Harris.

North Yorkshireman, Dale Middleton produces modern progressive music from the heart of historical England. First reaching the ears of Lowbit head, Erik Pettersson, through his collaborative work with Adam Shaw, Dale’s rise to prominence in 2012 has been imperious. Signing solo productions to Mirabilis and Eelke Kleijn’s Outside The Box, has seen his burgeoning portfolio of music supported by the industry’s finest in the shape of Guy J, Nick Muir and Dave Seaman. Turning his attentions to “Brain Notes”, Dale’s remix is full of the progressive hallmarks that feature in his work. Luscious pads and melodies mark a path underneath a locked groove of rhythmic stabs, grooved bass and understated hi-hats. A driving beat adds the final element to an impressive interpretation.

Via his work for Denis A’s DAR label and Tvardovsky Stereo Paradise label, Ukrainian, Gvozdini further adds to the talent pool found in the vast, Eastern European country. Born in the musical and cultural city of Lviv and now based in the capital, Kiev, Gvozdini’s own brand of progressive and melodic techno has also seen his work signed to Elliptical Sun and his track “The New Dimension” featuring on the recent “Winter Particles 2013” compilation. He is also the manager of ‘Postulate Records’ which saw its first release towards the end of 2012 from Particles newcomer Verve. With a keen ear for melody, stemming from a background in music, Gvozdini’s remix of “Brain Notes” plays on these musical sensibilities. Melting pads blend easily with twinkling arpeggios and a haunting glissando lead line adds an intriguing new direction to Sound Process’ original by the use of impressive additional production material. 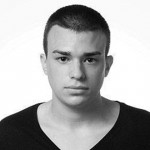 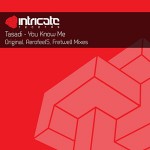