The brainchild of trio Alexey Sonar, Sergey Tkachev and Vadim Solovlev, Intricate records has gone from strength to strength since its first release at the beginning of 2012. Home to vibrant and melodic progressive house, occasionally crossing over into trance territory, the label has been a breath of fresh air to the genre alongside similar imprints, Silk Royal and Arrival.

For this release, Dallas resident Taha Asadi takes up the reins with two further remixes of his track “You Know Me”. Tasadi has been producing “heavily rhythmic and melodically intense” house and trance for some ten years with a clutch of releases has been on the Lost Language imprint. Also owner and head of Sedna Recordings under the MRC banner, Tasadi’s original production is full of melodic intricacy as a driving beat propels the track forward alongside a filtered lead line and emotive riff in the breakdown. A rasping bass line and vocal stab complete the picture.

Aerofeel5, a Russian duo from the Russian city of Perm on the banks of the Kama River, have carved out a considerable reputation for their “unique vision of contemporary club sound”. Using an eclectic blend of progressive, house and techno sounds, Aerofeel5 have a portfolio of high profile releases on Moonbeam, Black Hole and Sezer Uysal’s Dark Pleasure imprints. Taking on “You Know Me”, a slightly darker feel to the remix is apparent, evidenced from the pair’s use of Tasadi’s lead line as a continuing refrain throughout. Ticking, shuffling hi-hats and percussive elements give further groove and dance floor appeal, accompanied by a pulsing bass line that plays off the rhythms section.

The final remix on the package comes from progressive breaks maestro, Tim Fretwell. The Sheffield resident has been at the forefront of UK progressive breaks since the mid 90s, gaining a high-profile reputation after an approach from John Digweed to remix Pole Folder and CP’s “Dust” in 2002. Since then, Fretwell’s production and remix work has played host to some of the finest EDM imprints including Global Underground, Armada and Proton. Remixing Tasadi, Fretwell has further cemented his reputation for producing melodic breaks of the highest order. Luscious pads combine with sparkling arpeggios, piano stabs and a trademark rhythm-infused bass line to create an immaculate interpretation.

The Intricate trio can be proud of their Tasadi – “You Know Me” release. This is solid offering; all offer something slightly different and the Fretwell remix provides a standout moment in terms of its rhythmic sensibilities and unique interpretation. 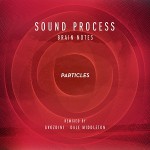 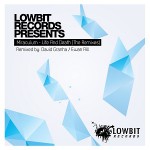