Balkan Connection’s BC2 division returns this week by welcoming Stage Van H to the label for a brand new single.

The Dutch artist has been a core part of the Just Movement roster in recent years where his warm, groovy creations have shaped the sound of the label. Now making his much anticipated BC2 debut Stage presents his latest single entitled ‘At The End’ alongside remixes from Desaturate, Ewan Rill and Robert R. Hardy.

Stage has consistently stuck to his pure progressive sound over last several years and he’s gained a loyal following as a result. ‘At The End’ is perhaps one of his most melodic and uplifting creations to date. From its driving groove, rolling drums and catchy rhythms the core of the track sits firmly on the dance floor. The musical elements are glowing, radiant and full of emotive qualities. They carry nicely through the first act before effortlessly initiating the main break. A lesson in restraint perhaps, the track’s centrepiece is flowing and floaty with just the right about of build to make for a magical drop. Beautiful work from Stage.

Stage’s amazing original gets a great selection of remixes, all quite varied and adding something interesting to the release. First up is the always excellent Desaturate who is making his third appearance on the label. A bit of a surprising remix in some ways I think. I was expecting something more direct and driving but Janko has actually gone for a more spacious and airy interpretation which is dead gorgeous. The main themes are well maintained, adorned with lovely vocal gates, sweeping sonics and textural swells. You get a full sense of its beauty as the third act winds down and the elements get stripped away, there’s a very reflective and positive mood as the record concludes. A gorgeous remix from Desaturate.

Next up Balkan Connection artist Ewan Rill lends his remix expertise to BC2 once again, making his 15th appearance. The Russian artist and Sever Records label boss brings his creativity here once again with a great interpretation of ‘At The End’. It’s rare that any Ewan Rill remix sounds a lot like the original and that is the case also. Although the atmospheric elements gets reprocessed and the melodies are recognizable it’s quite indistinct in comparison. A new vocal narrative adds an ominous tone as well, taking much of gleam and glimmer off the original. Ideal for the dance floor as usual with a killer third act delivering several big moments. Awesome remix from Ewan.

The release concludes with another Balkan Connection regular Robert R. Hardy making his 12th appearance on BC2. The Hungarian artist has remained a staple in Beatport’s Progressive House charts this year and is also fresh off a gig for one of the Progressive Astronaut parties. Happy to see him getting more recognition and if he keeps making music like this there is nowhere to go but up. Robert’s drums are quite distinctive and there are a bevy of them here. Immediately setting a swing heavy cadence and working off the rhythmic designs perfectly. As you would expect the mix is a touch dubbier than the original but the warmth and emotion is perhaps greater as a result, coming to fruition during the main break for a magic moment and quickly getting washed away for Robert’s incredible grooves. A gorgeous remix to cap off one of BC2’s best releases this year. Highly Recommended. 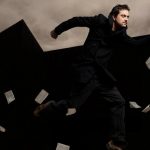 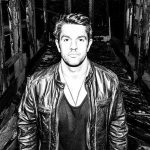