Selador turned 3 last week, and as part of the celebrations, we get this release from the label’s own Steve Parry, backed by fine remixes from Victor Ruiz, Ki Creighton & Makanan, and Joal.

Steve Parry’s ‘Flippant’ on Bedrock was one of the absolutely highlights of 2015, with its classic, thundering acid sounds. ‘Apricity’ doesn’t quite hit the same highs, but it definitely comes close enough. It only takes a minute to hit its stride, with a chunky bassline and hypnotic, buzzing synths meshing and jontly setting the stage for the track’s central uplifting arp line, with melodic flourishes giving ‘Apricity’ more emotional heft at just the crucial moments. The breakdown features warm rising and falling tones that continue into the action-packed second-half.

When we last checked in with Victor Ruiz, he was doing wonderful things with D-Nox & Beckers. His interpretation of Steve Parry’s track is jam-packed with attitude, with a growling bass and aggressive percussion setting the mood early on, and powerful bass jabs joining the fray after the first short breakdown. Elements of Steve Parry’s original are well-utilized throughout, particularly during the breakdown, which leads to a seriously destructive drop.

Ki Creighton & Makanan turn in a bottom-heavy, techy workout, and the combination of Steve Parry’s main hook and their wicked bassline is just brilliant. There’s so much energy bouncing around in this one – it’s impossible to hear it and stay still.

Lastly, we have Selador-veteran Joal returning to the label with a characteristically nasty and forward-thinking reworking, which pits a relentless pulsing bassline against fluttering percussion, strange effects, metallic stabs, and a twisted re-conception of Steve Parry’s arp line. The middle of the track is really interesting, with a fantastic sequence seeing surprisingly pretty string sounds setting up the re-introduction of the main hook, but I wasn’t so keen on the dark, unnerving synth lines that appear in the main breakdown and again later in the track. So while this is another totally unique piece of work from Joal, and it has some really strong ideas, ultimately I wasn’t too keen on it.

Selador continues to go from strength to strength, and this excellent release only serves to hasten their progress. All four versions of Steve Parry’s track have something interesting to offer, though it’s definitely Ki Creighton & Makanan’s remix that’s most floating my own boat. 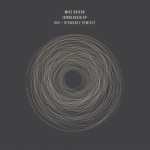 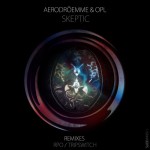