Third Son makes his debut on microCastle, teaming up with Haptic for ‘Climb to the Sun’, and accompanied by remixes from Darlyn Vlys.

Third Son has been a real creative force of late, with excellent releases on the likes of Selador, Einmusika, Sincopat, and Parquet, while his own Polymath label continues to put out some of the most forward-thinking releases around. ‘Climb to the Sun’ is the most memorable and best thing I’ve heard from Third Son so far, with Haptic’s evocative, nostalgic vocals working perfectly with his bassy growls and distinctive percussion, building to a gorgeously sparse breakdown and a surprisingly uplifting finale. Third Son’s sometime studio partner Darlyn Vlys works from a similar sonic palette in his interpretation of the track, but he dramatically shifts the mood, cleverly using different keys and lovely chimes to create a brighter, warmer feel – the result feels not unlike a futuristic, stompy version of Animal Collective’s ‘My Girls’, which is no bad thing in my book. For those who aren’t keen on the vocal, there’s an instrumental version of his remix included too, for good measure. Completing the package is ‘The Girl Reprise’, another original track from Third Son, which features haunting melodies, understated vocal work, and more growling basslines, as well as theremin-like flourishes.

This is a fantastic release from Third Son and microCastle, with the original of ‘Climb to the Sun’ leading the pack for my money – definitely one of the standouts of 2016. 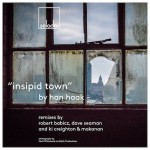 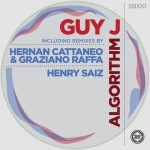