It’s not much of a surprise to see Third Son back on Selador, after his superb remix of Justin Massei for the label last month, while on remixes we have Massei returning the favour and Petar Dundov making his first appearance on the label.

The title track ‘Darker Side of the Moon’ contains a lot of the elements that made Third Son’s remix of ‘Nothing Can Hide’ appeal to me so much, with its gnarly, retro bassline and bold, glassy melodies, but it also throws in bassy rumbles, super-punchy percussion, and a chugging, disco-tinged synth that invites comparisons with Petar Dundov’s sound – Third Son manages to pull off the same trick of sounding both backward-looking, with strong nods to the 80s in particular, and forward-looking all at once.

‘Colourblind’ sees Third Son in hypno-house mode, with another really insistent synth line and a twisted, dark bassline setting the tone early on. Spiky hooks, eerie guitars, and disembodied vocals are the order of the day, and the track boasts a couple of amazing drops, one just after the two and half minute mark and the other a couple of the minutes later. The musical ideas were a bit too discordant for my tastes though, and so overall this didn’t appeal to me much.

Justin Massei’s remix of ‘Colourblind’, on the other hand, is really excellent. He somehow does a great job of taking all of the elements of Third Son’s original that I liked and working them over a jacking, techy groove, while losing virtually everything about the track that I wasn’t keen on. So I found this both easier on the ear and more energetic and floor-friendly – great work from Justin Massei here!

Finally, we have Petar Dundov’s remix. Interestingly, Selador haven’t made the obvious move of getting him to remix ‘Darker Side of the Moon’, instead letting him get stuck into ‘How I Feel’, Third Son’s cool-but-paranoid contribution to the second Selador Showcase. There are lots of Dundov trademarks here, from the 8-minute running time, to the attention-hooking single-note 80s synth, to the hazy Vangelis-esque pads, but by working in elements of Third Son’s track Dundov achieves a somewhat darker tone than usual, and the remix manages to be very urgent and hypnotic throughout. I also have to mention the bassline here, which sounds wicked throughout and manages to lend the remix a lot of its power. On balance, I think this might be the highlight of the release for me.

This is another must-have package from Selador, with Third Son’s own ‘Darker Side of the Moon’ and both remixes really delivering the goods. 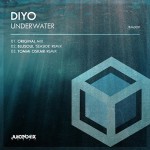 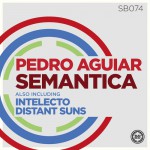