I suspect like a lot of people, I first really discovered Diyo’s sound on the Night disc of Hernan Cattaneo’s Parallel Masters Series album. Not only were we treated to a subtle remix of Bedrock classic ‘Rumblefish’, but the album closed with the bleepy, majestic ‘Underlight’. Since then he’s kept a relatively low profile, while popping up for memorable releases on the likes of Stripped, Golden Wings, Baires, and Clinique. ‘Underwater’ is the first original I’ve heard from him in a while, and it begins life as a techy bounce, before a floor-shaking rumble adds some further depth. Dreamy pads add the first melodic touch, working really well with the bass part as it carries some emotional chord changes. The track empties considerably before Diyo lets his trancey main hook out of its box, creating a hand-raising moment during the breakdown as the bass reappears accompanied by submerged breaks. Understated but emotional, this is great stuff from Diyo.

Not ones to waste an opportunity, Juicebox have called up on remix duties two producers responsible for much of the best music on the label so far. First up we have Greece’s Blusoul, here following up his own stunning ‘Depth of Emotion’ on the label late last year. Blusoul really alters the mood of the track, lending it a much warmer more summery feel with a chunky, swaying bassline and real shades of Andy Ling’s classic ‘Fixation’ in the lead hook – Blusoul clearly knows the way to label-boss Praveen Achary’s heart, since I remember Guy J’s update of ‘Fixation’ being a favourite of his a couple of years back. Even if your body isn’t ‘beach-ready’, you can be sure your playlist will be with this one.

Finland’s Tommi Oskari makes his first appearance on the label since his fantastic ‘Mind Tingle’ EP, released in 2014 and updated a couple of months ago. His version of ‘Underwater’ is a bit closer to the original than Blusoul’s, with the breakdown really managing to make the most of Diyo’s best ideas. Around that breakdown he crafts a really powerful progressive sound with fantastic bass parts, and the overall effect is to capture the magic of Diyo’s original while giving the track a sleeker, groovier twist – I’m a big fan of this one.

I’ve been a bit conflicted concerning whether I like Blusoul or Tommi Oskari’s interpretation of Diyo’s track best here, and in the end I think I’m going to settle on Tommi’s. But as we’ve come to expect from Juicebox Music, nothing here disappoints: everything delights. I can’t wait to hear what they’ve got in store for release 10. 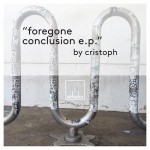 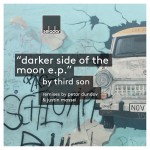