Back with another two-track smasher, UMEK continues to roll out the big guns with his Intricately EP that is being released on his label 1605.

UMEK’s style of techno is a juggernaut of sound with crashing percussion that hits like the feet of a stampeding elephant. Two decades of making techno makes him something of a Godfather who has helped shape the genre from its early inception.

Although UMEK was not one of its founding fathers in Detroit, he has been at the forefront of the European techno scene, remaining current while trends have changed and the genre has evolved.

“Intricately” is the opening track on the EP, and it has UMEK’s trademark kick drum under a top layer of thrashing offbeat percussion and fluttering bursts from the synth pads. Building towards the break, where the rumbling sub bass intertwines with the lead sound, to form a full throttle groove that would set alight any dance floor.

Following on from the exhilarating roller coaster ride of track one, the second of the two cuts “Astronaut Program” takes a more uplifting approach with thumping percussion and compelling synths that match up to the cosmic vocal sample that give the track it’s title. With trance chords making a resurgence, the uplifting euphoria of the lead synths are a great contrast with the otherwise dark atmosphere, delivering hands in the air satisfaction for those finding themselves reaching for the lasers on a crowded dance floor. 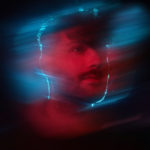 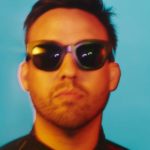