This is a terrific release from Lowbit, revisiting Verve’s ‘Elevate’ EP which came out on the label early last year. Each of the three tracks from the EP has been turned over to a different remixer, with Kobana taking on ‘Voyage’, Dale Middleton giving ‘Taurus’ an overhaul, and Stas Drive working wonders on ‘Elevate’. Verve’s original tracks clocked in at 128bpm, which quite frankly just makes me feel old these days, but the remixers thankfully succeed in lowering the tempo without losing an iota of energy. All in all, it’s one of Lowbit’s strongest releases of the year so far.

Kobana has been a Lowbit regular for the past two years, and so it’s no surprise to find him pulling out all the stops on this one. His version of ‘Voyage’ starts with simple stabs adding punctuation over a heavy kick drum, but it soon drops into a seriously lovely breakdown, with a twisted sequencer bubbling up from underneath gentle chimes and pianos. The breakdown is definitely the centrepiece of the remix, but when it picks back up, those recurring stabs and a buzzsaw bass ensure that the remix still manages to deliver a payload.

Dale Middleton is no stranger to the Lowbit stable either, having made a couple of notable appearances with Adam Shaw in 2012. ‘Taurus’ sees him offering up another slice of warm, proggy techno, filled with dubby echoes and dominated by huge, shifting bass tones. The main riff isn’t exactly the strongest you’ll hear, but it’s simple and delicate and the energy of the other elements of the track carries the day. I did feel like both the intro and breakdown could have been considerably shorter without any real loss, but that’s a minor complaint with a solid piece of work from Middleton.

I’ve already said in an earlier review that Stas Drive turned in one of my favourite remixes of last year with Peet’s ‘Full Blend’, and he’s had a really strong showing this year too with originals on DAR Digital and 99percent and remixes of Mike Griego and Manufactura Deep. Stas’s remix of ‘Elevate’ is unmistakably a home run, marking one of his best productions to date. The first few minutes build with a deep, driving bassline and shimmering synths, before a second bassline is introduced, carrying the chord changes while the first continues to burrow through your mind. There’s an intensity to ‘Elevate’ that you don’t hear nearly enough these days, and that’s what gives the remix such a standout quality. This is Stas Drive’s first appearance on Lowbit, but they surely won’t let it be his last. It’s not just one of the best tracks that the label has released all year – it’s one of the most exciting records I’ve heard all year. Absolutely essential.

I feel like I already gave the final score away in the first paragraph, but there’s no harm in reiteration; this is a great release from Lowbit, with Stas Drive’s version of ‘Elevate’ providing the clear highlight even in such distinguished company. Go buy it! 8.5/10 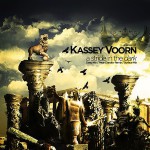 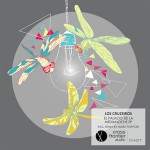