The Swiss city of Lausanne probably isn’t well known for its Latin spirit, but that may shift somewhat with this really interesting and creative EP from Lausanne-based outfit Los Cruzeiros. This marks Los Cruzeiros’s first full release on Marc Poppcke’s excellent Crossfrontier Audio label, following on from a remix for the label and a wonderful contribution to their one-year anniversary compilation. The EP features three original tracks, each named after a Spanish or South American novel, plus a remix of the title track by Poppcke himself.

The title track ‘El Palacio De La Medianoche’ is a pretty special piece of work. Washes of vocal pads and smatterings of piano create an atmosphere that reminded me of, of all things, the classic ambient work ‘1/2’ from Eno’s ‘Music for Airports’, though it’s unpinned by a shuffling groove that prevents it from drifting too far into ambient waters. Halfway through a proper kick drum is suddenly introduced, to great effect – it’s easy to imagine this being used as a perfect opening number all summer long. Los Cruzeiros has crafted a gorgeous, distinctive, and musically rich piece of house music here. If there’s a complaint to be made, it’s that the vocals let it down a little. It’s not that Sarah de Warren’s voice fails to nicely compliment the atmosphere build by the other elements – it does. But she isn’t given any strong melody to carry, and the vocals struck me as a bit on the repetitive and cliched side – 9 minutes of standing hand and hand and going down down low were just a bit much for me. But it bears repeating that the overall effect of the track is to create a moment of considerable beauty. The final few minutes let the piano wander aimlessly, and I was most content to wander aimlessly with it.

Very understandably, Marc Poppcke has decided that he wasn’t going to let anyone else gets their hands on ‘El Palacio De La Medianoche’, and so he turns in the remix himself. He really focuses on the vocals in his interpretation, bringing them to the fore over a chugging bassline. The other main elements of the original hardly figure at all, which I thought was a bit of a missed opportunity – Poppcke has a great melodic touch of his own, and so it felt a little disappointing not to see him engage a bit more with the wealth of musical ideas kicked up by the original. But that said, the remix does do a good job of offering a more floor-friendly, progressive version of the track, and Poppcke builds the track into a nice, moody slow-burner, with a lovely build up setting up the second half of the remix really well.

Los Cruzeiros’s second track on the EP, ‘Las Luces De Septiembre’, is similar to the lead track in some ways, and very different in others. A simple and melancholic piano creates just the right habitat for another vocal from Sarah de Warren (at least I think it’s her), and this time we’re offered a stronger melody and some really lovely harmonies. But the track absolutely bounds forward, driven by a surprisingly upbeat and bouncy rhythm section. The combination of the rather intimate sounding vocal and piano parts and the carnival-style percussion is certainly a little incongruous, but I suspect that it’s this incongruity that makes it more interesting and compelling. It’s an odd track, for sure, but fans of deep/tech house looking for something a bit different should definitely give it a try.

Last up we have ‘Estrella Distante’. I’ve been a little unsure what to make of this. My first reaction was pretty negative. It’s 9 minutes long and there doesn’t seem to be much of anything going on – a kind of rhythmic shuffle similar to the one that kicks of the lead track, some dubby atmospherics, and the occasional wildlife sample. I’ve had a few listens now, and it still strikes me as overly long and repetitive, though there are some nice little licks that liven things up a bit around the 4 minutes mark. But overall, this is a miss for me.

Listening to this EP, It’s hard not to get the impression that Los Cruzeiros is brimming with ideas. I don’t think that all of them necessarily work, but even when they don’t they’re interesting – and when they do work the effect is fantastic. The title track is definitely the highlight for me, but I really hope people will take the time to give the whole of this unique little EP the proper listen it deserves. 8/10 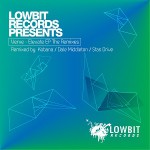 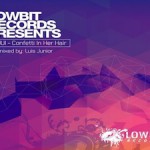