Having already been featured on leading labels like Innervisions, Ellum and Watergate Records, the guys are famed for adding their own vocals and melodies to other peoples tracks, or making their own track on the fly. This is a talented group of artists who fully embrace the live performance element of electronic music.

Because the guys are such respected live performers, we asked Jeppe Kjellberg from the group to play Dead Or Alive with us, and give his opinion on; “Dead or Alive who was/is music’s greatest live performer?”

WhoMadeWho: “My all-time favourite live performer would be Miles Davis. I would love to see him perform with Jimi Hendrix. They had plans on a collaboration before Jimi died, but unfortunately, they never succeeded.

On a side-note, I just saw Nick Cave.… He also has a very captivating presence on stage.” – Jeppe Kjellberg – WhoMadeWho

You can catch WhoMadeWho playing Saturday the 9th of November at E1 London, and purchase tickets from HERE

More From: Dead Or Alive 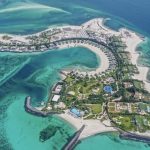 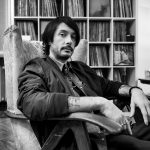