Crossfrontier Audio is back, this time with an EP from Berlin’s Stefan Mint, who debuted on the label last year with a remix of MUUI. Remixes in turn come from Schlepp Geist and Philip Bader.

In my review of Stefan Mint’s earlier remix for the label, I applauded the creativity and production skills on display, but I couldn’t really get into the track. So I’ve been hoping to hear something from him which coupled those same strengths with ideas than appeal to me more. ‘Conventional Wisdom’ does just that, combining a richly percussive core with a swaying, dubby bass part and layers of strong, retro-sounding synth melodies.

Schlepp Geist twists Stefan Mint’s melodies into driving stabs, raw basslines, and chattering, unnerving synth lines. I’ve have liked percussion with a bit more bite to it on this one – Geist has experimented a bit here rather than resting content with standard hi-hat and handclap sounds, which could have been interesting, but the result leaves the track rather less energetic and engaging than it might have been. The darker atmosphere is welcome, and the sequence around the breakdown is pretty compelling, but overall this didn’t much appeal to me.

‘How To Be King’ sees Stefan Mint sliding over into deep-house territory, and doing it very well indeed. Like the title track, there’s a lot of percussive attention to detail lying just below the surface here, while the cool stabs, organ lines, and deeply groovy bassline are terrific. What raises this above other recent deep house outings, however, is the beautiful, chiming, psychedelic-tinged breakdown, which sets the scene for some wonked-out synth lines that interact well with the bass. The only thing here that I really don’t like at all is the vocal samples that run through the entire track, overwhelming and spoiling the musical elements, for this listener at least. Fortunately, there’s a dub version included on the package that keeps everything I like about the track intact while removing the vocal – good job to whoever had that idea!

Philip Bader’s version of ‘How To Be King’ is much more driving than the original, with two propulsive bass parts rallying around high-octane percussion. Sadly, there’s not much more to it than that, and the vocal features pretty heavily again, and so while I definitely liked the energy given off by this remix, again it was a bit of a miss for me.

It’s definitely Stefan Mint’s two originals that make this package (at least once ‘How To Be King’ has been stripped of its vocals), showing him again to be a creative and distinctive force. 8/10 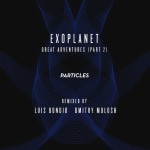 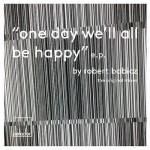