The 321st episode of our 12 Questions segment features producer Partenaire. 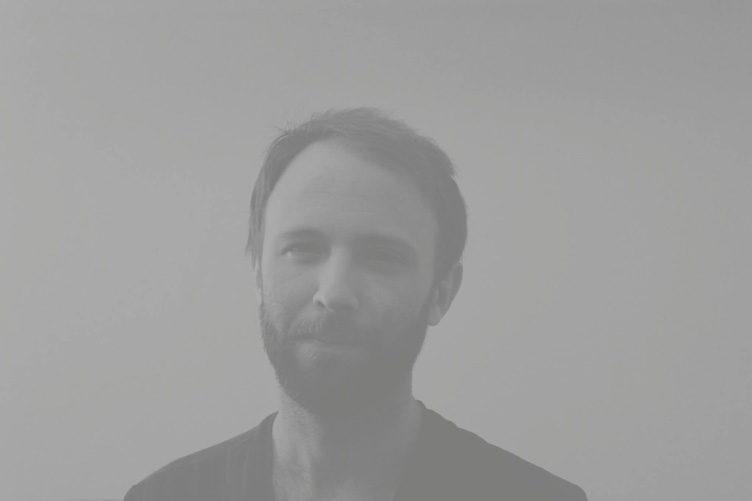 I’m 28, and I live in Buenos Aires, Argentina. I’ve been djing for almost two years now. I started producing my own tracks a little over a year ago. A late bloomer, so to say. Although I did make an experimental rock EP with a friend of mine almost 3 years ago, but he did all of the recording and mixing that time.

Growing up I listened to a lot of alternative rock music. But, since I used to write reviews for music blogs, I gotta say I had to listen to pretty much anything. It’s in my early/mid 20’s that I started getting into electronic music with acts like Radiohead. Their use of electronic gear made me want to investigate more, and ended up listening to things like Aphex Twin, Boards Of Canada, Caribou, Bonobo, Trentemøller and Christian Löffler to name a few. After my mid 20’s I got into deep house, techno and progressive. I think it was when I heard stuff by Guy J, Cattaneo and Nick Warren that I thought ‘Oh, this is just magical. I wanna learn how to do this’

I remember the first time I opened Ableton. ‘WTF?’ was my first thought. I had to fiddle around with it for a couple of times ‘till I understood how it worked. I’m pretty much self taught. I haven’t had courses or anything like like that, so I shouldn’t be called a producer. But, like I said before, I was in a band with a friend of mine before I started producing on my own, so I guess I had some notion on what to do, what a song looks like, and what I wanted to achieve.

I think that selecting the ‘vibe’ for the song is the hardest part. By this I mean getting stuff to blend together to create something, a climax. After that, it’s kinda downhill for me. I know where I want to get to. Now it’s just a matter of deciding how things will unravel. But usually, the instruments/lines kinda decide for themselves by then. Some combinations/arrangements will sound better than others, and will leave you with a clearer panorama for the following step. Whenever I hit a roadblock, I just google it (if it’s a technical thing). If it’s a creative one, I just take a walk and listen to whatever bit of the track I can export. I try to listen from a regular listener’s point of view, rather than from a producer’s one.

Right now I’m between jobs. Only thing is that I don’t have a new job currently lined up. Which really means that I’m unemployed. So the last couple of months I’ve been hitting Ableton all I can. I do enjoy a good book or a movie when I`m not making music. Spending time with friends is also essential, and a good source of inspiration. I’m not a lone ranger by any means.

I listen to some rock. Things like Nirvana, Foo Fighters, QOTSA, Radiohead. And I do have a more sensible side, with things like Beatles and Bowie. Also, for some reason, my father is a big fan of the 70’s-80’s. Which means that I am very fond of the whole funk/disco scene. Some things definitely do come through in my productions. Most of them tend to have a bright/shiny feel to them, which surely comes from the whole disco thing. Überkilde, my band, tends to be an outlet for my heavier side. Although I have to admit that my favorite tracks are the ones that blend beautiful melodies with hard, aggressive beats.

The first one I bought for myself I think has to be an Offspring or a Blink-182 album. But I really can’t be certain here. My last one was a copy of Lonerism, by Tame Impala.

I didn’t enjoy music until I was about 10-11 years old. I don’t know if it’s surprising or not, but I most times you read about an artist, they seem to have known that they wanted to be an artist since they were like 7 weeks old.

I really can’t think of someone being overlooked. But there are some established artist that I think could do with even more attention. Mike Griego, for example. Another argentine producer, who is one of the best I’ve heard.

Guy J, Aphex Twin, Way Out West , Boards Of Canada & Dj Koze are names that come first to my head. It’s might sound silly, but I draw a lot of inspiration from love. I think it’s an endless, vast subject to explore. The range of emotions it has put me thru is really something admirable.

My advice to anyone here is ‘FINISH YOUR CRAP’. I know a lot of talented people, who always seem to be working on the same stuff over and over, never knowing when to stop. Once you get an idea rolling, try to finish it. Don’t go as far as you think you can for a day only to discard it the next day. It’s impossible to finish anything like that. You’ll get better, eventually. If you do music with a conscience and all your heart, then you are bound to improve over time. I guarantee it.

I think I would probably go for something beautiful, and epic. Or maybe I would go out with a banger, like ‘Insomina’, by Faithless.

‘Innervisions’ is out now on 3rd Avenue, you can purchase the release: here 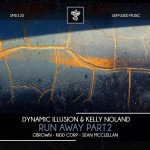 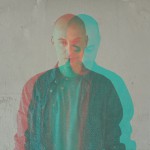