The unexpected underground stylings of ODESZA and Golden Features have recently taken shape in the form of their new collaborative project, BRONSON. The trio released their self-titled debut album on Foreign Family and Ninja Tune last month – a collection of tracks that explore a deeper, darker edge to their polished productions. Today they cemented their place in the club space with the announcement of a remix EP series featuring names that wouldn’t normally share a headline with their former monikers. Featuring the likes of HAAi, Patrick Topping, Skream, TSHA, Prospa and more, it’s a stacked lineup of tastemakers taking their textured originals to new audiences.

The first rework to debut with the news hails from Grammy-nominated producer Cassian who put his spin on BRONSON’s latest single “KNOW ME” featuring r&b singer-songwriter Gallant. Cassian has been on a hot streak with remixes this summer, working with the likes of Yotto, Lastlings and Durante, just after releasing his debut full-length Laps in June.

BRONSON share the inspiration behind Remixes Nº.1 by saying, “The BRONSON project was originally born out of a need to push our own creative boundaries and to allow us the space to create something that felt experimental and free from expectation. Connecting with this amazing group of producers for the BRONSON Remixes was really just an extension of that – they were able to take tracks from the album and reinvent them, all while staying true to the ethos of the project. The end result is a collection of reworks that lives in its own distinct lane, giving the album a renewed energy. Special thanks to all of the talented artists involved for adding their own spin to the project.”

BRONSON’s Remixes Nº.1 is out on October 16 with Cassian’s “KNOW ME” remix out here. Find the tracklist below and pre-save here. 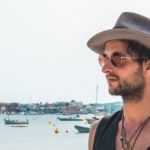 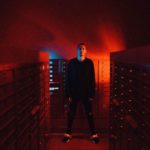