Following a stream of summer events, podcasts and previous releases on the likes of Kittball, Relief Records and Kraftek, rising talent Return of the Jaded joins forces with Dead Space for the next Repopulate Mars release.

Lee Foss is a well-known DJ, producer and label owner who invests in growing artists who show promise. Dead Space has previously featured on the L.A. imprint but ‘Nobody Else EP’ signifies Return of the Jaded’s debut, and we wanted to catch up with him to find out more.

Return of the Jaded & Dead Space ‘Nobody Else’ on Repopulate Mars is out now and previews are available below.

Hi Jaded, thanks for chatting to us today! Before we kick things off, over the last few summer months you have played alongside Josh Butler and headlined a Renegade Masters event, what do you have coming up next?

It has been a busy summer so far for sure! Sunnyside in Toronto was great because Josh Bulter is one of the artists that inspired the early Return of the Jaded sound and it was really cool to meet him.

Next up, I’m playing at Gaiafest in Wakefield on August 31st. Then, the next day I’m coming back to Ottawa for our monthly Sunday Sessions party. We are bringing Greco (NYC) to Ottawa for the first time, so I’m really looking forward to that. That is all I can confirm at the moment but stay tuned for future dates!

All very exciting and we look forward to hearing more! The Jaded Select series sees a fantastic roster of artists pass through and deliver notable mixes, who do you having up next in the mix series?

Thank you. I’m really focused on upping the quality of the series this year. The new format showcases 30-minute guest mixes from either household names in the industry or “up and coming” names that I think will be big in the future.

For the next one, I invited Dutch house master GUZ who released on labels such as Relief, Armada Subjekt, and Glasgow Underground. After that, I plan on having a well-known name but he doesn’t know it yet so I won’t say his name!

With previous releases on Kittball, Relief Records and Kraftek, how does it feel to now releasing on Repopulate Mars? How has the reaction been so far and who is supporting the track?

Repopulate Mars has been on my label bucket list ever since they started. Some of my favorite tracks in the last two years were released on RM. It’s also great to see my name next to an impressive artist roster. Bonus, I’ve always been a fan of Lee Foss 🙂

The reaction has been really good so far. Both tracks are doing well in the Beatport charts. It’s humbling to see names such as DJ Chus, Robert Owens, Hanah Wants, Groove Armada, Eli Brown, Tough Love, and many others give positive feedback on the EP.

Both tracks from the EP have infectious bass lines and a signature groove to them, how do you start a new track? Do you get a bass line down first?

That’s a good observation. I guess I’ve always been a bass-oriented producer. All of Return of the Jaded tracks need to have a phat bassline before I can move on to leads and other melodic elements.

I always start with either the bass or the drums but will tweak those two for hours before adding anything. Dead Space also puts a lot of focus on a good bass line and grooving drums. I think that’s one of the reasons Dead Space and I work so well together.

Collaborating can be tricky but very rewarding, how did you find working with Dead Space? Did you predominantly work remotely or were you able to arrange any physical studio sessions and did you find that your production styles complimented one another?

I reached out to him last year after having heard his track with G. Felix ‘Pride’. Working with him was easy. He can easily come up with good ideas that we both like.

In this case, because he lives so far away from me (Florida) I had to send him stems and he would send them back after having worked on them for a few days. After doing this for a few weeks we were able to make 4 tracks together. Ideally, I would send the Ableton project to a collaborator but he is using a different DAW. But, we both love massive basslines with driving drums so compatibility was never an issue.

After this latest project will there be any other collaborative releases in the near future with Dead Space or another producer? Do you find you prefer collaborating for inspiration?

Thanks for asking. I actually have one more release with Dead Space coming out in December on Playmobil. And recently I’ve been working a lot with the talented Montreal guys Lex & Wood on a three-track EP.

These collaborations have been good to get back me on track. Moving forward, I want to focus on releasing more solo EPs. I want to be a bit different when it comes to arrangement and I don’t think other producers will always agree with me. I am however keeping an open mind to collaborations that make sense

What are your top five tracks for playing out at festivals this year?

Besides promoting the Nobody Else EP all summer, these tracks always got a good crowd reaction:

Return of the Jaded – Acid Baby (Unreleased) [Sink Or Swim]

Return of the Jaded – Detour [Box of Cats]

Are there any upcoming projects we should keep an eye out for?

Yes, I do! I have a single coming out soon on a dope new label called Sink Or Swim. The track is called ‘Acid Baby’.

After that, I have more releases with Dead Space, Lex & Wood and Jerome Robins. All details will be communicated in time on my socials. I’m currently also working on my Drum and Bass alias but this project is still in the early stages. Stay tuned!

Fantastic to hear and thanks for keeping us in the loop. Great speaking to you today Jaded!

The latest release from Return of the Jaded & Dead Space ‘Nobody Else’ is out now on Repopulate Mars: Listen/Download Here 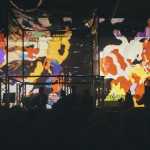 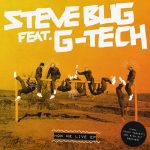