Chaty, Tamez and Gabriel make a welcome return on Selador, with their brilliant My escape EP.

First up is the original mix of My Escape, which starts off with some nice drums before deep driving bassline is added to the mix. A plucky arp is then added before an ethereal ethnic vocal comes in to give the track a hypnotic vibe. The whole thing has a bit of an old school progressive feel to it, a nice tune and a good start to the EP.

Up next is the Dave Seaman remix. Dave is someone who should need no introduction as he’s been producing and remixing for years. From his very early days as part of Brothers in rhythm, to his more recent output this man certainly knows his way around a mixing desk. Dave’s remix takes the vibe and feel of the original and adds his own distinctive flavour, building the track up with drums and a weird cut up vocal, before bringing in the synth riff of the original to great effect. This mix is built strictly for the dance floor. Dave’s stuff can be a little hit or miss for me but this one is definitely a hit and one of the best things of heard from him in quite some time.

The final mix comes from fellow Mexicans Climbers and they have gone for a different vibe altogether, starting off with the arp and building the track from there, adding the drums and bass as it progresses and using most of the main elements of the original but with a more minimal theme, having had previous releases on labels such as Get Physical and Culprit these guys know how to make a good tune and they have done a sterling job here with their version.

This the EP contains two other tracks to complete the package. First up is a remix of their previous track Armunus by Berlin’s Joal who give us a deep techy number which is dark and moody, probably not really for me but still good nonetheless.

Finally we have another original track by Chaty, Tamez and Gabriel I, Honest perversion which has a similar vibe to their original mix of My Escape but adds some eerie sounds with a deep saw pad to add some more atmosphere.

Overall this is a very strong EP. Both original tracks are good in their own right but it’s the Dave Seaman remix that takes the honours for me. A very good remix made especially for dark rooms this will prove very popular with the heads down crowd. Another great release from a label who really seem to have their finger on the pulse right now. 9/10 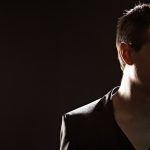 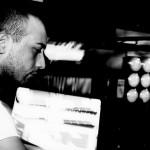