Marc Marzenit is without question one of the scene’s most talented and respected artists. We took some time out with him.

Your interest in music started very young and at the age of 11 you studied classical music. Do you read music? And can you write it too? Was it difficult to make the transition from classic music to dance music? Or did it just give you the foundation to be able to create what you wanted?

To be honest, I was an electronic music fan way before classical music. At the age of 7, I was already into it and at 9 I was trying to connect a keyboard to the Atari sequencer of my father, obviously without success because the keyboard didn’t even had a MIDI connection and I didn’t know what MIDI was by that time. I started to buy regularly the Keyboard and Future Music magazines. Then at the age of 11 got my first synth and got enlisted to the music academy because I loved piano and knew that if I wanted to create electronic music, I should have this classic knowledge. I have never been a good interpreter of classic music or neither a good student. My devotion was to compose music, so I had learnt the necessary to develop my composition techniques. Although I can read music and play some pieces, I don’t consider myself a proper interpreter.

Would you ever consider making a conceptual album project or working on any non dance related music. Maybe a symphony perhaps?

That project is already done, it’s called “Suite On Clouds”, even though it came to light for the first time at Sónar 2008, only two years ago I could perform a concert with musicians directly on an auditorium, with an 8 violin section, symphonic percussion, an arp, a pianist and me, All of this with 3D mapping above an special structure that was built for the occasion. All the music involved was composed by myself, and was a mixture between classic and contemporary music, very similar to a movie soundtrack. The whole show was a complete success and will be out this year on DVD format.

Your release “Alchemist Desert” on Selador is so mystic, where did you got the inspiration to create this fantastic track?

First of all thank you for the feedback ! The truth is that I created it one night on the beach during my vacation (yes sometimes i worked on vacations) it began with that vocal i had stored since 2003 but had never used. By the time I listened to it i knew i had to make something mystical.

You have your label Paradigma Musik. Can you tell us more about it? What are you looking for when it comes to choose a new release?

Paradigma was created with the idea to promote new artists, we create it on october 2006 y we’re proud to say we had worked with artists like Paul Ritch, Henry Saiz, Anthony Collins, Simon García, Architectaural and myself between others. It’s been a while since our latest release as we’re searching for new talents. Right now we’re working with a band called Warmhall. They are doing a great job. But we’re searching for total newcomers that hadn’t have the chance to get exposed to the global movement yet.

Do you have a personal favourite of the tracks/remixes you’ve produced?

For the complexity of the track, I would pick without doubt my remix of “Stringer Bell” from Muzarco and Nhir Shoshani for Punch Music. It has an structure and harmonic complexity very elaborated. To be honest it was a truly nightmare while I was making the remix, but I think was totally worth it.

The rebuilding of your studio is almost finished, what pieces of hardware or software are your favourites?

See you’re very well informed 😉 Yes finally it’s done, i’m very happy with the result. I get to optimize the space I had in the studio to get a proper blend between Analog and Digital. In terms of hardware, I will highlight the Oberheim OB-8, Korg MS-20, Rhodes 73, Apogee Ensemble y mi monitors Dynaudio BM6A and Yamaha NS-10. For software, my favourites are UAD plugins, Ableton Live and the Komplete pack from Native Instruments.

Can you describe your day when you’re not performing or travelling?

I would rather describe a whole month; last January, I decided to take a 1 month vacation with one of my best friends. I simply took a light backpack and NO NOTEBOOK! The trip was 1 day in Qatar, 3 days in Kuala Lumpur and over a month in Thailand. It was my best trip ever and helped me to get totally disconnected from the world. I met fantastic people and it was a huge source of inspiration. I think all artists should do this 1 time per year. It was great to get back to the studio and start making music again.

At what time of the day are you the most creative?

Without doubt by night, most of my music is written by night. I’m in a really creative mood and in i love the silence and tranquility that night provides. For mixdowns is better during the day as your ears are fresh. It’s good to take advantage of the different hours of the day for each one of the tasks of music production.

What makes you happy? What things makes you feel inspired? What are you passionate about?

This must be one of the better questions I had been asked on an interview, but at the same time it’s so complex to answer it that I could easily write an entire book to answer it, so i’ll try to be short. The music, travel to places with natural paradises, help people and the most underprivileged, diving and everything that get you out of the routine day by day.

Where would you like to play where you haven’t played yet?

Japan is still in the goal list. Is one of the countries i’d dreamed to go and play and hadn’t been possible yet.

I haven’t played a live set for more than 2 years. I previously played live for almost 8 years, so I decided to make a stop and start creating dj sets. This has allowed me show another part of me and also to deliver larger sessions of 2, 3 or even 7 hours. I love to play long time sessions. I feel much more comfortable and satisfied as that I can make a more detailed musical progression. In my sessions i’m using Traktor plus an S1 controller and the 4 channels at the same time. I love to tweak tracks live – it’s like making a remix.

Regarding to the Live Acts; now i’m preparing a new one to present my new album. I guess I’ll start by the end of this year to present it. I don’t have decided about the equipment yet , but i guess it’s going to be something different from what i had done until now. Making a choice between live and dj set it’s impossible. I think everything has its right moment.

Which international artists draws your attention? Can you recommend any new talent we should check out?

James Blake work has blown me away last few years, but he isn’t a new talent. As a new talent in Paradigma Musik we’re working with Warm Hall. A band that has been very interesting for us, they have a Detroit rooted sound but with more actual tints. Even though I would really like to get to know more newcomers. We had been a while on that search but it’s difficult to find people with their own identity performing new ideas. For me most of demos are sounding similar and a lot have a lack of personality.

I know you like to travel. What spot on earth do you really want to discover?  And please tell us why.

The truth is that i have had the opportunity to visit a lot of countries. But there still some places i would really like to go like Africa, India and any Glacier. Hadn’t go to India and Africa as i know those places are going to change me forever, and i know that because i don’t know any person that had gone there and returned the same.

I hadn’t gone there yet as the moment hasn’t appeared yet and I want to make it special. I don’t want to go all inclusive to any of these places. I really want to get to really know their authenticity. Regarding the glaciers, I always had found them exotic and very out of the common as I live in a very remote place from them. So that’s what catches my attention. I’m really looking forward to going there someday.

Your gifts to the world are not only music. We´ve seen you on many occasions being part of charity events or asking the audience to be a part of them. Can you share with us a recent experience?

My parents had teach me to always be connected with charity and helping other people. I believe music is a way to help people also. So I mixed that and had the chance to meet a lot of new beautiful people. As an anecdote; I can tell you that a few weeks ago, before a gig in Madrid I decided to godfather a kid from India through the Vicente Ferrer Foundation, so little before playing I filled out the form from my mobile. I know it sounds a little impulsive but now i think it has been one of the best decisions in my whole life. 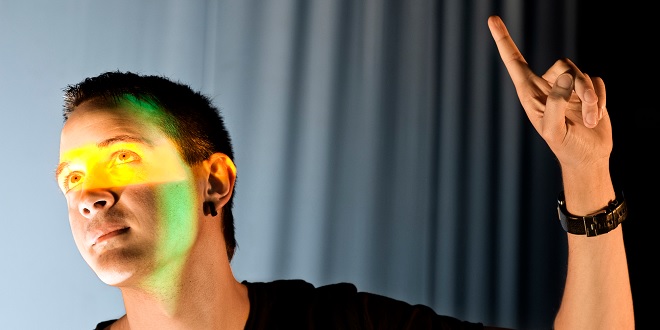 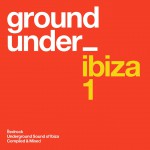 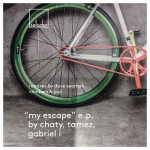