We talk to Roberto Sodano, AKA Audioglider, about his fantastic new LP ‘Subaquamarine’, and offer you an exclusive stream of track 6, ‘Moulin Bessou’ed’.

Thanks for taking the time to answer our questions!

No worries – thanks for asking me!!

How has 2016 been going for you so far? What have been the highlights?

Well, so far, it’s been a pretty good year with a lot of more uptempo releases and remixes from me, and more labels getting interested in my sound, which is great. It’s made me more confident as a producer as a result, and also given me more awareness beyond the niches of the downtempo scene. The highlight will be the release of my second album though – its been a couple years of crafting the right tunes and putting them in the right order to tell a story.

It’s been two years since your last album, ‘Accidental Beauty’, also released by Section. How do you feel this record differs from the last, and who has most influenced your sound in between?

Well, with my first album, I had accumulated quite a large body of work, and I had to whittle down all the tracks and curate several years of work with the Head of Section Records, Nick Brennan. This time around, I’ve been doing a lot of more progressive house recently, and I think the sounds and structures have seeped their way into my more downtempo stuff. Also, unconsciously, there are a lot more vocals this time around, which I have loved using.

How long has it taken you to complete ‘Subaquamarine’? How does the process of making an album differ from the usual run of EPs and stand-alone tracks?

Actually the process of making the tracks doesn’t really differ from the standalone tracks to be honest. When I open up the DAW, I honestly have little idea what is going to be made, and sometimes the spark happens and you come out with something that you think – ‘I’ll save this for the album’. I have very broad musical tastes, andsome of the less dancefloor orientated influences make their way into the music, and become album tracks.

Some people are sceptical of the value of long-players, in the age of digital downloads, since many people will just take the tracks they immediately click with rather than wait to hear how it all sits together and sounds in context. Presumably you disagree – so what, for you, makes it worth putting together an album?

I think you can tell a different story with an album, much in the same way as with a mix – take people on a journey, and you have to have the confidence that the tracks can standalone too. People have always made mixtapes and isolated tracks out of albums etc, so personal curation is nothing new. It’s just so much easier nowadays what with the technology available at your fingertips. Personally, I love to discover an artist, and know that they are not just a one trick pony, and can engage and take me on a trip, so I don’t feel the need to click to the next track! Don’t know if I have achieved that with this album – I’ll have to let others be the judge of that!

Top 5 tunes on rotation with you right now?

What are your favourite record labels just now?

What can we look forward to from you in the rest of the year?

I’ve got some more EPs planned and signed, hopefully going to be collaborating with some of my favorite artists soon, and going to get out of the studio and play out and about. Haven’t quite figured that one out yet, but I’m open to offers 🙂

The first single from Audioglider’s ‘Subaquamarine’ was released last week – you can check out our review here. The album itself is released July 11th on Section Records, and you can pre-order directly from the label here.

Keep in touch with Audioglider and Section Records: 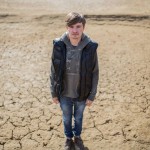 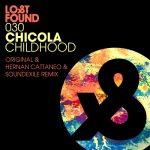